Five points up at half time. Three down at full time. A great opportunity gone. Out of the Intermediate Football Championship. A synopsis of what was a day to forget for Walterstown in the third round of the IFC in Pairc Tailteann on Saturday.

Carlanstown club St Michael’s take their place in the semi finals, while The Blacks will have to go again at this grade next year. You wouldn’t have thought that would have been the case having watched Martin O’Connell’s side in the first half, particularly in the early stages of it. They could do no wrong; scored points for fun and were firing on proverbial cylinders in attack.

The Blacks weren’t so slick at the back however and the concession of two goals, one from a penalty, really wounded them on the scoreboard and mentally it seemed. St Michael’s edged in front for the very first time in this game with 55 minutes played. A minute later they doubled their advantage and made it three soon after when Oran Meehan split the posts. Curtains for Walterstown and joy for Martin O’Connell’s former club.

Earlier in the week Walterstown were boosted by the news that Barry O’Connell’s straight red card against St Pat’s in the pervious round had been overturned on appeal. Having the big midfield man included in the starting XV was a massive lift. However, defender Aron McLoughlin wasn’t successful with his red card appeal and he was greatly missed at headquarters on Sunday.

He wasn’t missed during the opening stages however. All the play was down the other end of the field as the Blacks began with a bang.

Conor forward Ruairi O’Dowd opened the scoring with just 20 seconds on the clock, while Robbie Cunningham, in his first ever championship start in the black jersey also split the posts in the second minute.

By the fifth minute Walterstown were 0-5 to 0-0 to the good and Michael’s were shell shocked. If the Blacks had been more disciplined at the back their opponents would have been even more stunned. However, it was points from frees that kept Michael’s somewhat in touch during the opening 30 minutes. Indeed their four first half points all came from frees and ensured they were only five in arrears at the break (0-9 to 0-5). 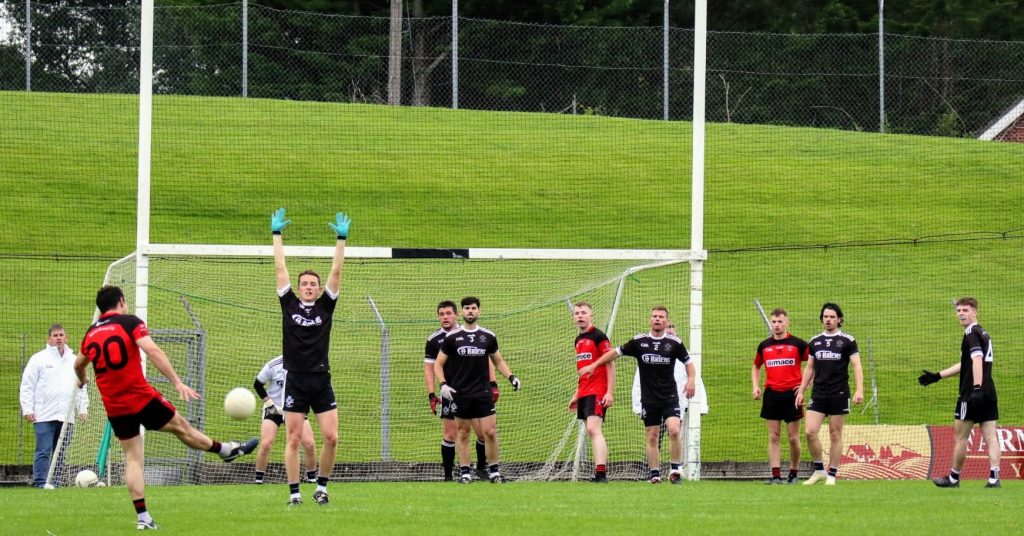 Frees kept St Michael’s in touch during the first half.

Just five minutes in to the second half things began to look up for the men from Carlanstown. A pass from Sam Briody picked out Oran Meehan who got in behind his man and from there had an easy finish. That left the scoreboard reading 0-11 to 1-5 but Walterstown responded well to be fair.

Walterstown ‘keeper John Davis was shown a black card by Cormac Reilly in the 46th minute and conceded a penalty to boot. Corner back Conor Farrelly deputised between the posts but he failed in his attempt to stop Shane McDonnell’s penalty and Walterstown’s lead was cut to just two (0-14 to 2-6). 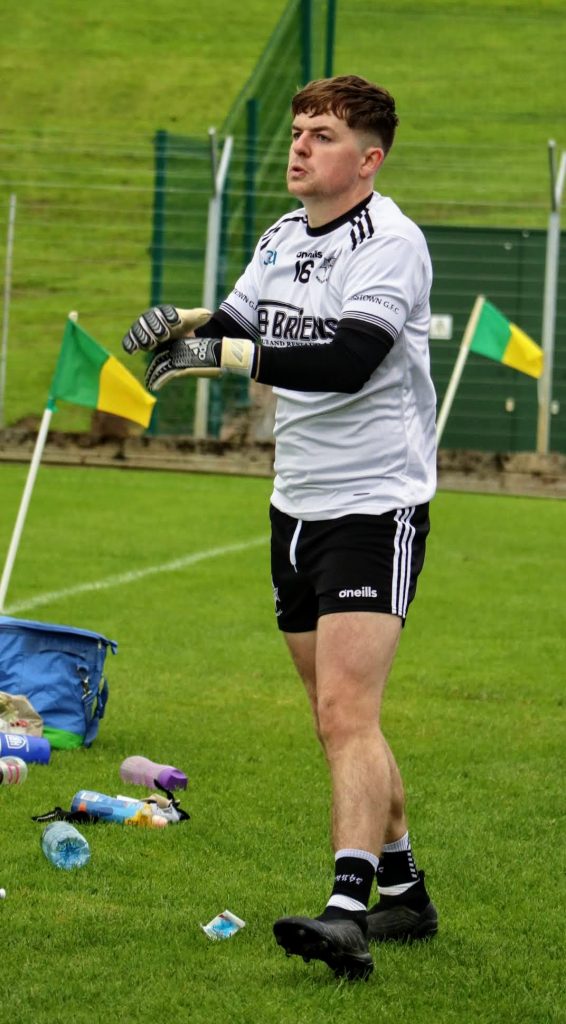 Just three minutes later St Michael’s restored parity courtesy of a point from play and one from a free and the Blacks were in trouble; serious trouble.

And that threat of trouble turned to a reality some five minutes later when Michael’s got their noses in front. Momentum was on their side and they had the Blacks up against the ropes. And what better time to have them on the ropes too. That one point advantage turned to two with four minutes remaining. Barry O’Connell did manage to pull one back for Walterstown but down the other end Michael’s tagged on a further two points and the curtains were closed. Cormac Reilly sounded the long whistle soon after. Michael’s rejoiced. Walterstown scratched heads. And when it comes to this encounter, they will be scratching heads for a very long time.