The first minor honours of 2020 went the way of Walterstown when they got the better of neighbours Seneschalstown at home on Thursday evening in the the Division 2 Shield Final. Two second half goals, courtesy of a Troy Campbell O’Brien penalty in the 50th minute and another from full forward Neil McGinley were the all important scores as the Blacks recorded a six point win. A win they thoroughly deserved on the night too.

Walterstown suffered defeat to Navan O’Mahonys and Kilbride in the Division 2 group stages and had to be content with a place in the shield. They suffered a crushing 5-6 to 0-6 defeat to O’Mahony’s in the final group game but came back well for the penultimate round of the shield against Trim. Andy McGuinness’ side prevailed on a 9-15 to 4-12 scoreline against Trim at home and booked their place in the final against local rivals Seneschalstown.

The Blacks won the toss to host the final the previous week and even without home advantage they would have been fancied to come out on top against Gerry McDonnell’s charges. To be fair to Seneschalstown, they brought a young team with them to Walterstown and many of those who lined out will also take to the field in the Paddy O’Brien U15 Division 1 Cup final against St Colmcilles next week. For Walterstown, many of their starting XV are eligible to play at minor level again in 2021, which certainly bodes well for the Blacks next year.

Thursday evening’s encounter was a close affair up until stoppage time in the first half when Byron Farrell fired to the net to give Walterstown a 1-5 to 0-3 interval lead. After the turnaround things weren’t so even and try as they did, Seneschalstown simply couldn’t contain the Blacks, namely full forward Neil McGinley. Not only did he score his side’s third goal, he was also fouled for the penalty that Troy Campbell O’Brien dispatched with finesse. McGinley, first cousin of Meath senior star Cillian O’Sullivan, gave full back Zack Sheridan a torrid time of it over the course of the 60 minutes and at just 15 years of age, he really is one to watch for the future. 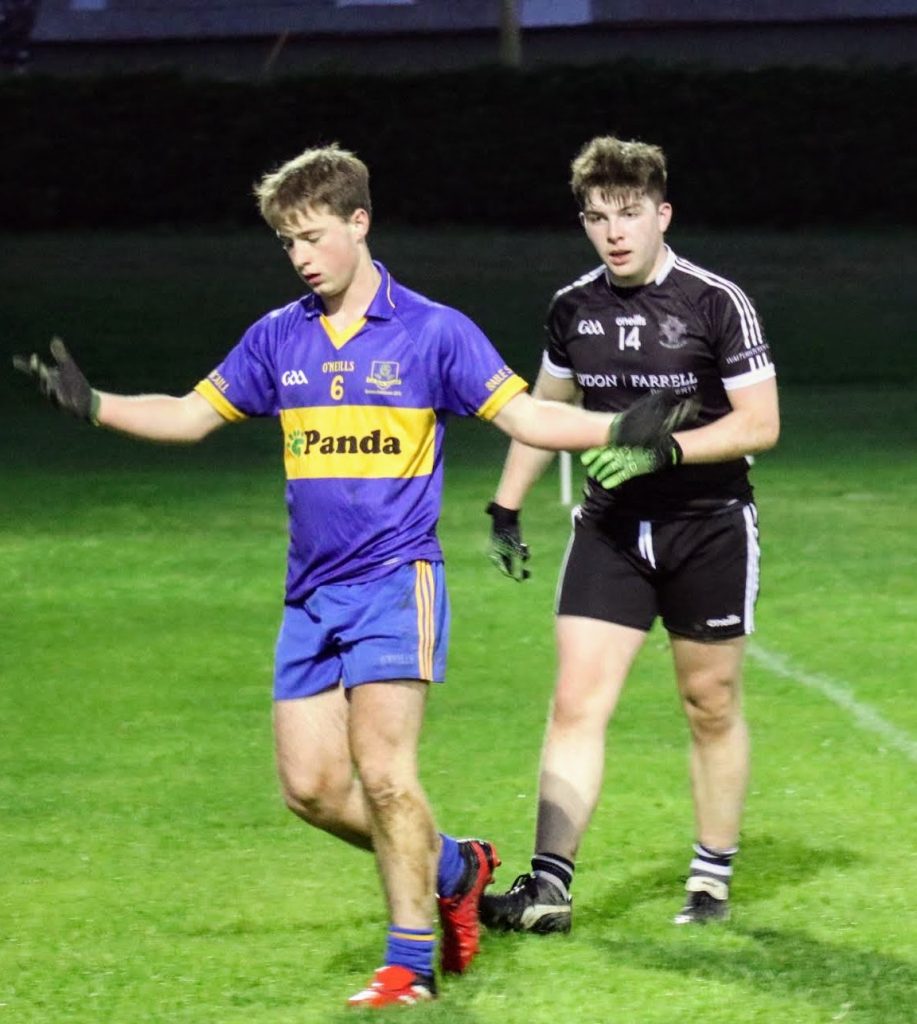 So too is young Coláiste na Mí student Byron Farrell and it was him that opened the scoring for Walterstown on Thursday evening when he collected possession from McGinley before splitting the posts.

Previous to that and with just 20 seconds on the clock Donal Commons did likewise down the other end and if it wasn’t for a stunning save from Blacks’ ‘keeper Conor Reilly, then Seneschalstown could have had a much brighter start.

Points from Owen Mullen and Oisin McEvoy gave the visitors a 0-3 to 0-1 advantage with eight minutes on the clock.

Both Farrell and McGinley raised white flags for Walterstown soon after to restore parity and they finished out the half much the stronger outfit. McGinley fired over in the 21st minute before winning a free that Campbell O’Brien converted and then came the opening goal of the evening. It came from the boot of Byron Farrell and it left Walterstown leading 1-5 to 0-3 at the break.

After the turnaround the Blacks were guilty of some poor shooting and when Donal Commons struck passed ‘keeper Conor Reilly in the 41st minute, the visitors only trailed by the minimum.

That was as close as they got however and Walterstown finished strongly. By the 46th minute had there been a scoreboard, it would have read 1-7 to 1-4 and then came the Blacks’ second goal of the evening.

McGinley was hauled down by Sheridan and Liam O’Brien’s arms opened to signal a penalty. Troy Campbell-O’Brien stepped up to face Meath minor goalkeeper Cathal Darby and he dispatched his kick beautifully and in the process gave his side a 2-7 to 1-4 lead. 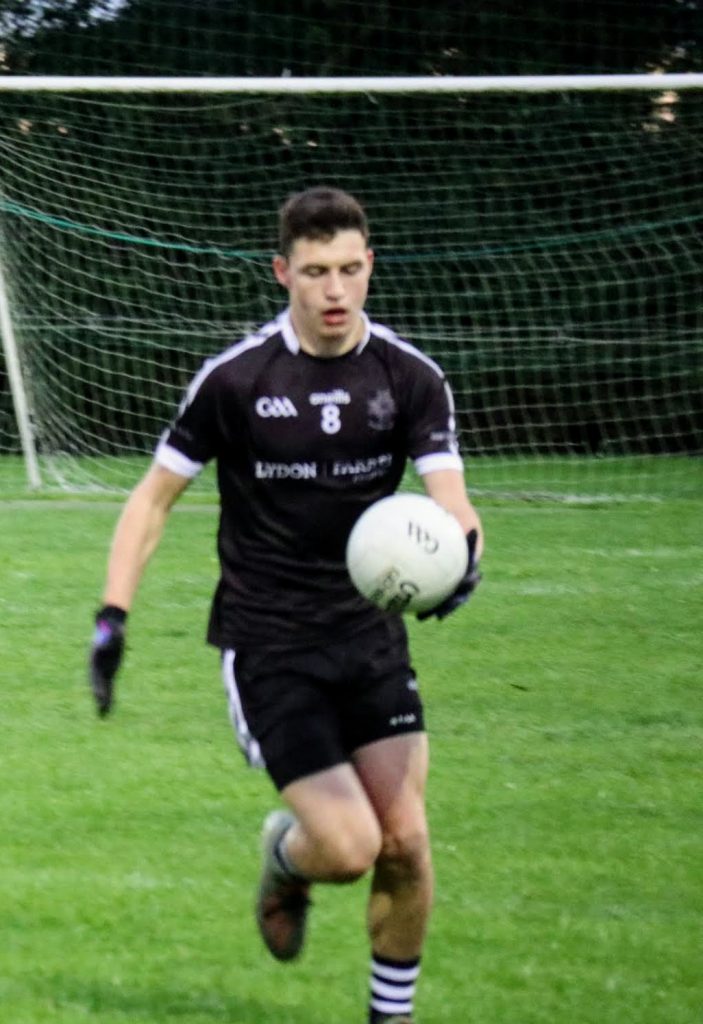 Just two minutes later McGinley got his just rewards for his superb performance when he hit the onion sack and ultimately that was that. The visitors did split the posts two more times but they came up well short in the end.

A deserved win for the Blacks on the night and for Seneschalstown, well it wasn’t a good night at the proverbial office for them but some of these young players, no doubt, will have better days ahead on the field.