Two first half goals in quick succession were the vital scores as Walterstown made it three wins from three in the Corn na Boinne and booked their place in the semi final of the competition.

Full forward Robbie Cunningham and Sam McCabe rattled the Ballinabrackey net on 24 and 26 minutes respectively and left the Blacks leading by six at the break. However, in the end they clung on for dear life as the home side chipped away at their lead but ultimately fell short by the minimum.

Walterstown welcomed back their Meath U20 men Conor Farrelly and Barry O’Connell, who were pivotel on Saturday evening but had to line out without stalwart Alban Crosbie and Mark McCormack. Indeed O’Connell, finished with a tally of five points and his return was a most welcome one indeed.

The opening 30 minutes were relatively nip and tuck until Walterstown bagged their goal. The sides were level at the midway mark with four points apiece. A lovely point from the boot of David Carroll from out left momentarily put Ballinabrackey ahead (0-5 to 0-4) but that was soon to be turned on its head.

The first Walterstown goal came when Conor Farrelly was on hand to pass to Robbie Cunningham and his shot floated into the net to give Martin O’Connell’s side a 1- 1-5 to 0-5 lead. 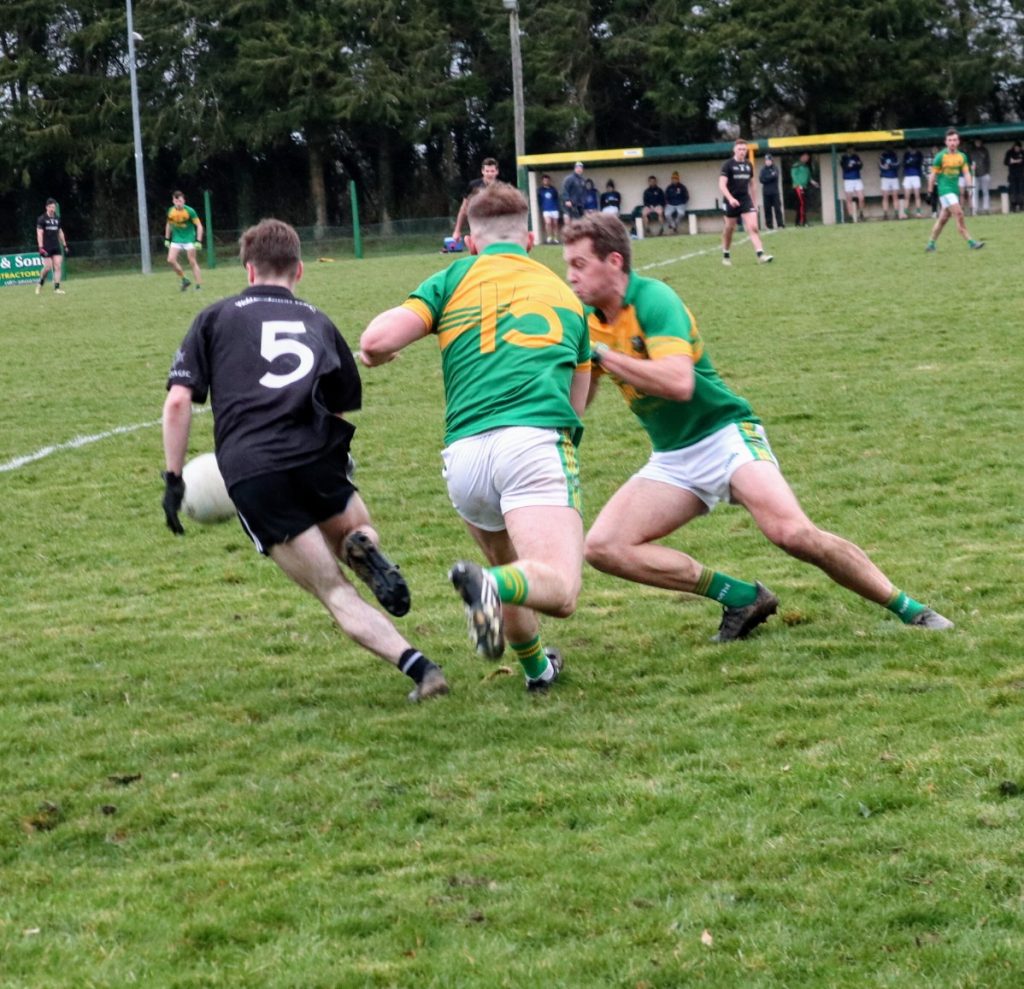 A minute later the Blacks had the ball in the back of the net for a second time when wing back Conor Lenehan took a quick free and found Cunningham. He off-loaded to Sam McCabe, who finished past Ballinabrackey ‘keeper Dean Donoghue Pluck to leave the score at 2-6 to 0-5 after 26 minutes and that’s how it remained until the interval.

The home side, playing with the wind, enjoyed the better of the play during the final 30 minutes and reduced the deficit down to four by the 35th minute thanks to points from two frees courtesy of Seamus Curry and Chris O’Connor. 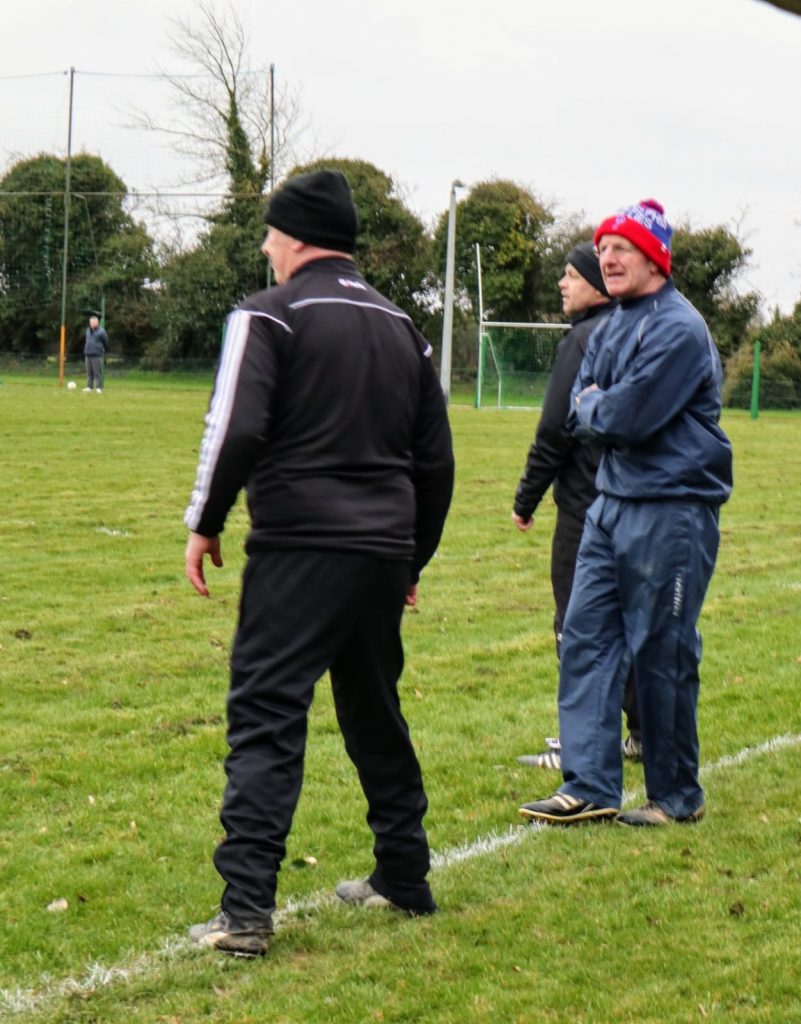 Walterstown boss Martin O’Connell looks on as his side beat Ballinabrackey in the Corn na Boinne last Saturday.

Walterstown had to wait until the 46th minute to add to their tally when Barry O’Connell converted a free and by that point Ballinabrackey had reduced the deficit to just two points.

However, Walterstown stretched their lead to four by the 52nd minute thanks to another point from O’Connell and despite their best efforts and two further points, Ballinabrackey couldn’t pull it back and the Blacks held on for the win and a meeting with St Michael’s in the penultimate round of the competition.