It was two wins from two for Walterstown when they accounted for St Pat’s in the second round of the Meade Potato Company Intermediate Football Championship Group B in Ratoath on Friday evening. However, victory came at a cost for Martin O’Connell’s men. The Blacks finished with only 13 men after defender Aron McLoughlin and midfield man Barry O’Connell were both shown straight red cards by referee Andrew Smith. The pair will be a huge loss for the final group game against St Michael’s in less than two weeks time.

Having beaten newly promoted Moylagh in the opening round, Walterstown were keen to add another two points to the board on Friday evening. They had a great struggle with Moylagh but in Ratoath they finished out with a comfortable enough victory thanks to the superb display for their forward lin

Corner forward Ruairi O’Dowd was in inspiring form, as too was full forward Brian O’Connell and goal scorer Sam McCabe. In the middle of the park Barry O’Connell put in a stunning performance up until his sending off for quite innocuous reasons.

St Pat’s actually played most of the game a man down also when Finan Everard was shown a straight red card after 21 minutes but ironically they finished out the first half stronger and were just one point (0-12 to 2-5) in arrears at the break thanks in no small part to the exploits of Alan Vickers.

The Blacks began well and points from the O’Connell brothers and Ruairi O’Dowd saw them lead by three after three minutes. A converted free from the aforementioned Vickers got the Stamullen outfit off the mark soon after and it wasn’t long before they got their noses in front.

A great move, started by David Stafford, saw him pick out Neil O’Flaherty. He quickly off-loaded to Shane Dowling and he shot low passed John Davis in the Walterstown goal to leave the score at 1-1 to 0-3 after six minutes.

Walterstown soon restored parity thanks to a point from the boot of Sam McCabe and just 30 seconds later Barry O’Connell split the posts to nudge the Blacks in front.

An injury and a black card for full back Davy Reynolds saw Walterstown down to 14 men soon after but that didn’t stop them adding to their tally. Captain Alban Crosbie raised a white flag from a free while Ruairi O’Dowd did likewise two minutes later. O’Dowd’s point very easily could have hit the net but nonetheless Walterstown led 0-7 to 1-1 at the midway point of the first half.

There was much debate over St Pat’s second point, initially Neil O’Flaherty’ shot was signalled wide by the man in the middle but after consulting his umpires a white flag was raised. 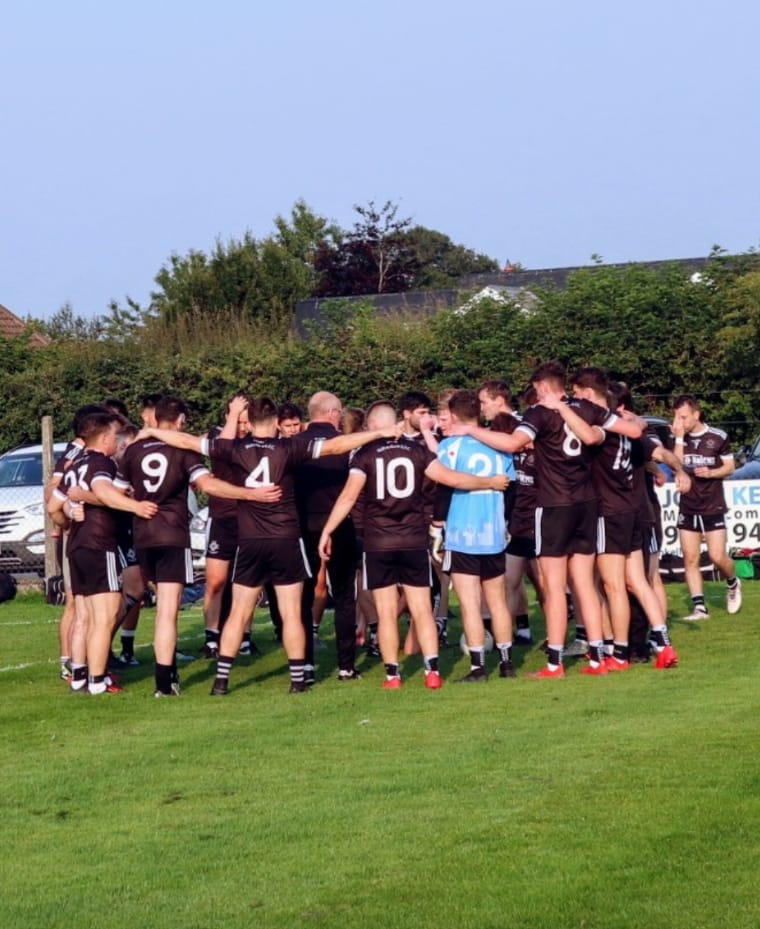 Soon after Finan Everard was giving his marching orders for an off the ball incident with the Blacks’ midfield man Conor O’Sullivan but before that O’Dowd, Brian O’Connell (free) and Barry O’Connell all struck over and Walterstown led 0-10 to 1-2.

For the remainder of the half the Saints enjoyed the better of the play and two from Vickers reduced the deficit to just three and by the break only a single point separated the sides ( 0-12 to 2-5).

After the turnaround Pat’s drew level thanks to a converted free from Vickers after Neil O’Flaherty was impeded. However, a 1-1 in the space of a minute saw Martin O’Connell’s team back in front. First up Brian O’Connell won a mark in front of goals and struck over and then Sam McCabe hit the net to leave the score at 1-13 to 2-6 with 38 minutes played. 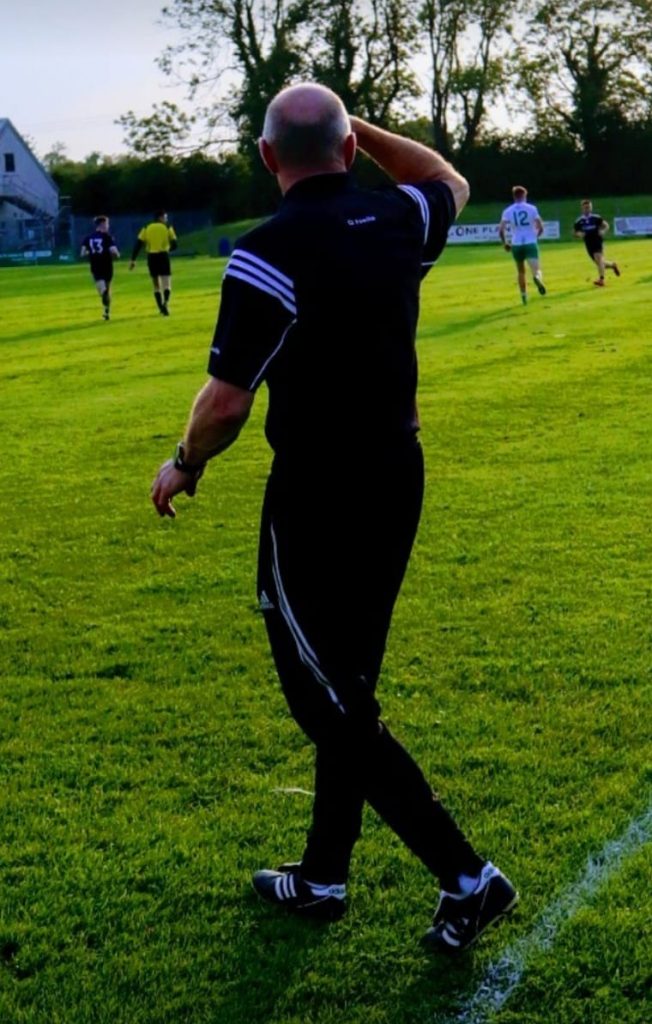 By the 43rd minute Walterstown led 1-15 to 2-6 and even at that point there was an air of inevitability about this game.

Donal Landy did pull one back for Pat’s soon after but down the other end Brian O’Connell also raised a white flag. A superb point from the boot of Donal Landy with ten minutes remaining left the score at 1-16 to 2-9 and soon after Walterstown were reduced to, not 14 men, but 13. Firstly Barry O’Connell was shown a straight red for what the referee deemed as striking but the vast majority in attendance viewed it as more of a push than a strike to be fair. Soon after Aron McLoughlin joined O’Connell on the line for a tackle on Neil O’Flaherty.

The sides swapped points on 54 and 55 minutes with Vickers sending over a free for the Stamullen outfit and O’Dowd spilt the posts down the other end.

For the remainder the Blacks were on top, they tagged on three further points to run out seven point winners.

Up next for Martin O’Connell’s team is a meeting with his own club St Michael’s, while St Pat’s face Moylagh.