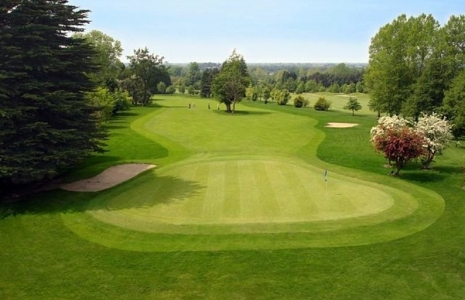 Thanks to all who contributed to making our Golf Classic such a success last Friday in Royal Tara. Over the past couple of years it has been going from strength to strength and is a significant fundraiser for us.
Thanks especially to all who had teams in the classic–this year we had 30 Teams entered with 2 teams having to pull out just before, due to unforeseen circumstances. Also thanks to all who sponsored a Tee Box –we had about 45 sponsors. Also some of the prizes were sponsored which is a great help.  Thanks to all our helpers on the day–Ethna Davis , Sean O Brien, Kathleen and Philip Cassidy. Thanks to Sean Cassidy for putting out all the sponsor signs and collecting them. Also Sean Duffy who for a bottle of wine, let everyone have a chance to shoot nearer than him at the long Par 3, 15th hole. Out of about 120 players he was only beaten on 10 occasions, thereby saving the club lots of bottles of wine!

It was a very enjoyable day for all concerned and scoring on the day was higher than usual. The weather was beautiful which probably helped.
Congratulations to the Winning team of Walterstown Footballers, Cormac Madden, David Donnellan, Ciaran Murphy and Francis Cosgrove who had a great score of 96 points ( 2 to score at every hole).
They pipped Declan Maguire’s Team also with 96 points, by having a better back 9.
3rd was Raymond Reynold’s Team with 94 Points,
4th was Aidan McCague’s team also on 94 points but beaten on the back 6.
5th was Ollie O Briens Team with 93 points
6th was Tom Cannon’s Team with 93 points but beaten on the back 6 also.
Longest Drive was John Cullen–well over 300 yards!
Nearest the pin was Peter Mullen.