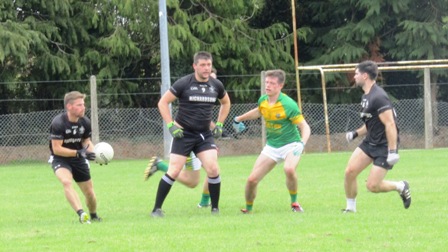 Walterstown played Ballinabrackey  away on Sunday in the quarter final of the Corn Na Boinne.  Walterstown though missing several players gave a fair account of themselves in the first half but still found themselves 0-8 to 0-3 adrift at half time. Indeed only for missing a couple of goal opportunities they could easily have been in front.

They started the second half brightly scoring the first 3 points leaving them only 2 behind. However Ballinabrackey again grabbed the initiative and after 15 minutes were 1-12 to 0-6 to the fore. Walterstown continued to fight hard but eventually Ballinabrackey won 1-16 to 1-9.