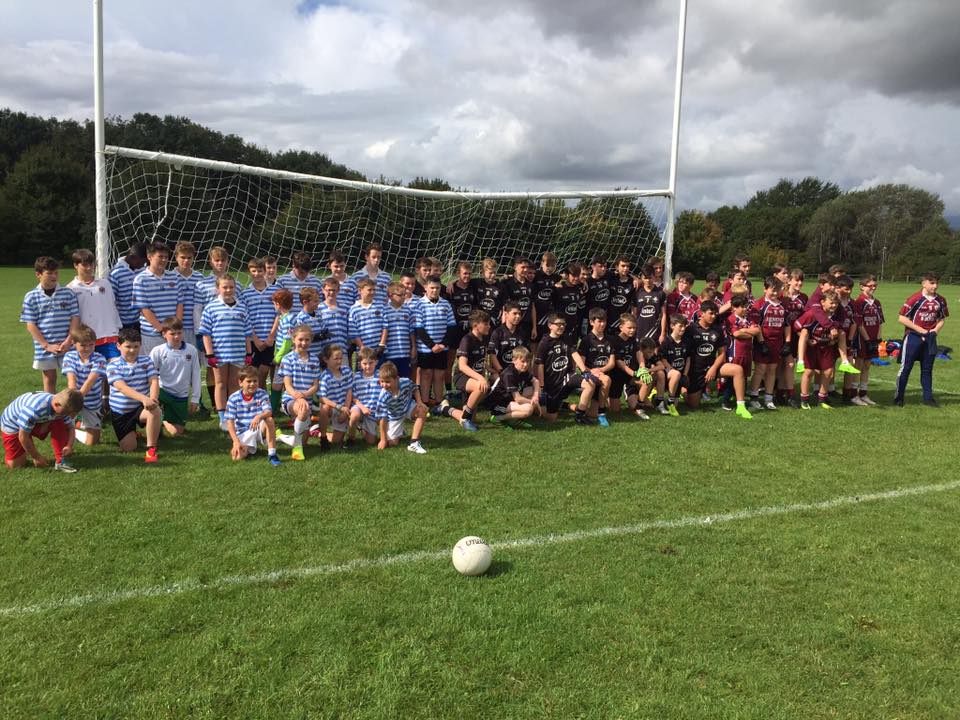 The Under 14 Boys and Parents were up at the ungodly hour of 4am last Saturday to embark on the trip to Cambridge in the UK. A bleary eyed bunch of 21 Boys and 17 Adults departed the clubhouse at 5am and arrived in Dublin Airport at 6am. There was an added bonus as some of the gang posed for pictures with Kerry forward James O O Donoghue.  Once a bit of breakfast was consumed if was through departures, on the plane and onto Stansted Airport. 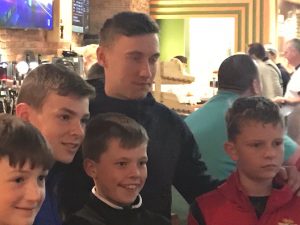 From there it was a short bus trip to Cambridge and we were dropped of at the YHA youth hostel in Cambridge. After a spot of lunch it was time to get ready for our games. Our guide (for the weekend) Tom  met us at the hostel and we walked to the match. It must have been an odd site for some to see our lot on a twenty minute walk through Cambridge in their football gear. A long the way the heavens opened and shelter was sought under some trees also some others found a slightly better spot. 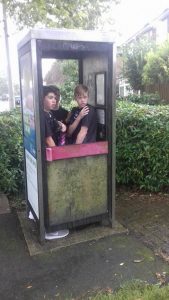 One we reached the common it was time to meet the Cambridge Parnells (white & blue) and the Hertforshire Gaels (Maroon) and a joint photo before the matches commenced.

Walterstown played Cambridge Parnell’s in the first game. During the second match the weather took a turn for the worst, thunder and lightning passed nearby and the heavens opened. Whilst parents scrambled for shelter under trees and umbrellas both sides played on in what was a very even contest.After the second match , all the teams were mixed up and a third game was played, by now the rain had ceased and the sun was back out. It was great to hear the lads interacting with the other players and plenty of cheering and laughter from both players and onlookers. One our U14’s asked Aidan if the referee was Welsh (as this was an International between Ireland & England). After the matches it was off to hostel for some much needed showers and again our hosts had organised food for us afterwards.

The following morning after breakfast if was off for a spot of punting as we set of in three boats along the river Cam for a historical tour of Cambridge University, and the 32 College’s that make up the university.

Whilst the parents liked the tour, it probably isn’t really a fourteen year old’s idea of fun and they were more interested in how quickly they could get to the shopping center for some retail therapy. Then it was time to complete the return leg where a very tired , but happy group eventually made it back to Navan just after 11p.m. on Sunday evening. 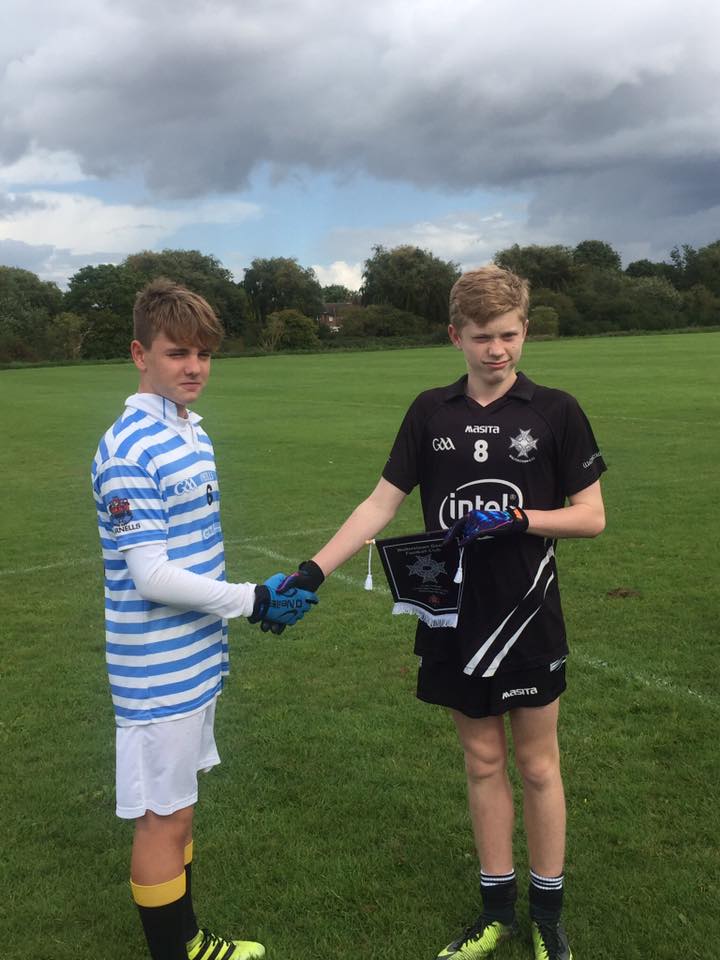 Now the thanks : First to the boys who were a credit to themselves and the club over the weekend. The huge amount of organizing that Ed, Niall, Aidan and Barbara did to ensure everything ran smoothly from start to end, not just on the weekend in question , but the fundraising , gear, flight tickets, accommodation, boarding passes, bus connections that had to be arranged.

Also to Chris and Conor who were the chief organisers of the event in Cambridge and finally to Tom who more or less gave his entire weekend to be our guide around Cambridge.