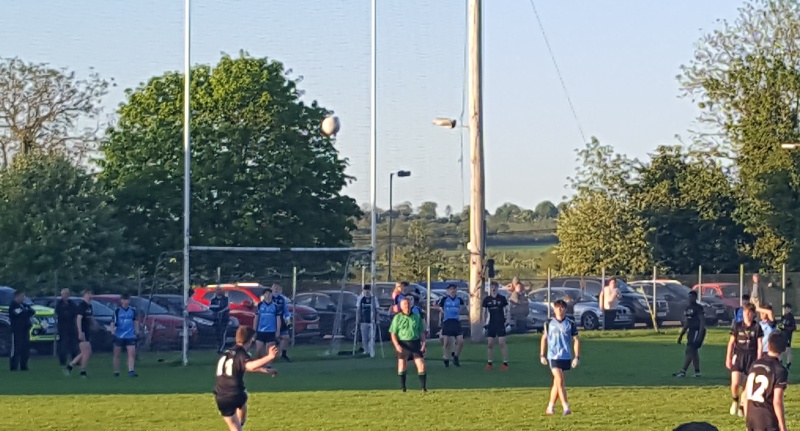 The Walterstown U16 Boys faced Simonstown on last night in the Semi Final of Division 2.

It was a lovely evening for a game of football and conditions were excellent,  and both sides served up what was an enthralling game of football. Simonstown raced into the lead with an early goal and point. Throughout the half they were only a few points separating the teams, this despite well taken goals from Adam Treanor and Jamie Flynn. Walterstown however did however manage to go into the break four points up, thanks to a well placed goal from Diarmaid Freeman who gave the Simonstown keeper no chance just before half time.

After the break Simonstown reduced Walterstown’s lead, and scored two goals of their own to eventually take the lead. With ten minutes left on the clock Walterstown were 3 points adrift. A fine stop by Daniel Murphy in the Walterstown goal stopped Simonstown further extending their lead. Walterstown picked off two more points and Eoin McCague showed great composure to level the game with time running out, to bring the game into extra time.

In the first half of extra time again there was nothing to separate the teams and they went into the second period of extra time with just one point in it. Victory however was to go to Simonstown when they smashed in a very well taken goal which ultimately decided what was a very entertaining and exciting match and some excellent football was played by both sides.