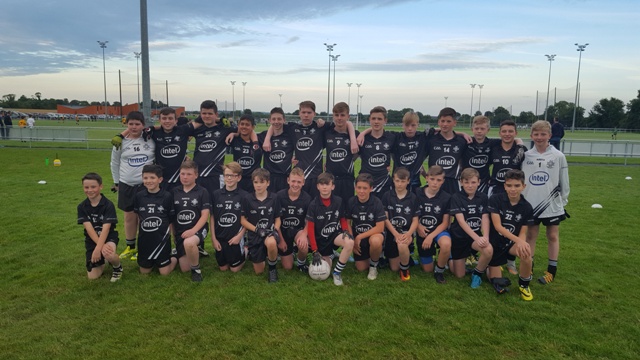 The U14 Boys faced Longwood / Clonard on a pleasant enough evening in Dunganny. Walterstown were fast out of the blocks with John Cullen scoring a goal in the 3rd minute. Walterstown scored another 4 points before Longwood got their first score of the evening when they found the back of the Walterstown net half way through the first half. Walterstown responded with a point from Ryan Conway and a goal from Adam Quinn, and another point from the boot of Jamie Flynn before Longwood were awarded a penalty. Owen Roche , standing in for regular keeper ,Karolis, went the right way but could not stop the ball crossing the line. Coming up the the break Adam Quinn bagged his second goal of the game and at the break Walterstown lead by 3:08 to 2:01. 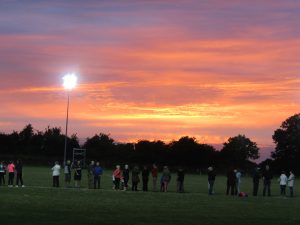 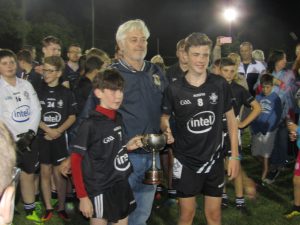 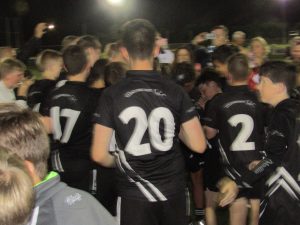 The second half saw the introduction of Ronan Maxwell and Euan Burton, the latter scoring within a minute of the re-start. But  Longwood had the better start to the second half scoring a goal and two points, before 9 mins into the second half Adam Quinn scored his third goal of the game. With just about 6 to 7 minutes left Walterstown has a 9 point lead. Longwood hit the crossbar twice in quick sucession, before Adam Quinn scored another point to extend Walterstowns lead to 10 points , but Longwood hit 3 goals in 3 minutes to reduce Walterstown lead to a solitary point. Walterstown managed to see out the last few minutes before referee Tom Lorton blew the final whistle.

Well done to all the Coaches and players.