Home victory for U16’s against Simonstown 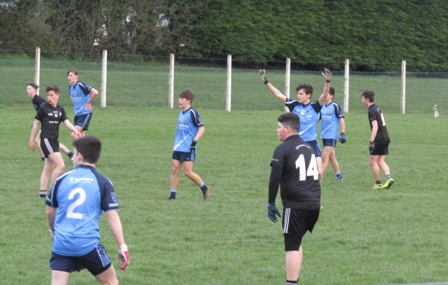 The U16 Boys were at home yesterday evening to Simonstown in the second round of the league. Walterstown had the lions share of the possession in the first have and ran into a commanding leading thanks mainly to 2 goals from Alex McGovern and a Jamie Flynn Goal.

In the second half Jamie grabbed his second goal and Simonstown’s cause was not helped when they were reduced to 14 mid way through the first half. Simonstown’s keeper pulled of an excellent double save which prevented Walterstown adding to their goal tally.