Lismullen have to do it all again after draw with Kildalkey 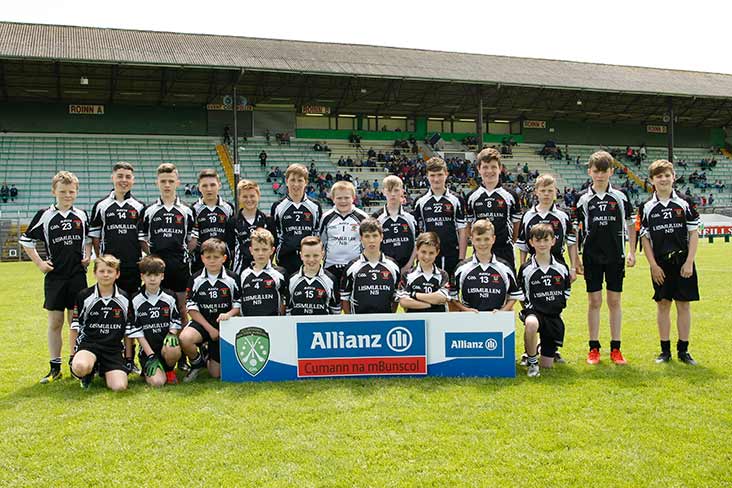 Kildalkey and Lismullen served up the game of the day in the Division 2 decider. In the end a draw was a fair result and both teams will have to do it all over again.

Kildalkey playing with the wind led at the break 4-4 to 1-5. The team in Blue and White were first to score through Charlie Molloy but Lismullen began to find their feet and hit 1-2 without reply, Ciaran Cox getting the goal. Kildalkey began to use the elements and outscored Lismullen 4-3 to 0-2 for the remainder of the half. Jamie Murray hit 2-1 while Sam Sweeney and Ben Corkery also raised green flags.

Lismullen began to eat in to the Kildalkey lead. a brace of goals from Ciaran Cox and another from Neil McGinley had them in front 4-8 to 4-5 but against the run of play Brandon Geraghty after a great run found the back of the Lismullen net to tie up matters. Kildalkey were on a roll and added points from Sam Sweeney and Molloy and looked set to win. Lismullen and Neil McGinley had other ideas and after missing a few chances the midfielder kicked two great points to leave it level at the full time whistle. 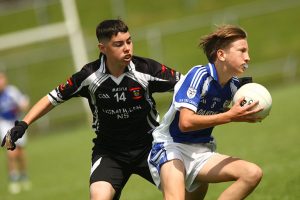