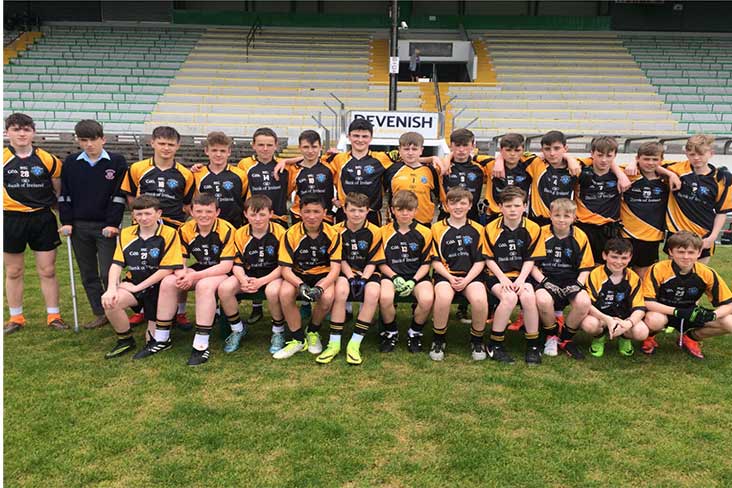 7 of our under U14 Boys were involved in the recent First Year schools finals, as they lined out for Pats & Colaiste Ná Mí

The Meath GAA First Year League concluded last week in a sunny Pairc Tailteann where the three finals took place. The competition started at the end of February with twenty eight games taking place over three divisions including semi-finals. It is still a relatively new competition, but continues to grow every year and, judging by the crowds attending the finals, means a great deal to the schools. All three finals were played in a great spirit and all mentors should be commended for their work with the teams all year.

It is a fantastic achievement that both teams reached the finals and most importantly acquitted themselves brilliantly on the day. This is a competition that St Patricks have dominated over the last few years and every year they play football with freedom and skill – the way football is meant to be played. The real sense of togetherness between all the players was evident and it should stand to the players as they go on to represent the school at senior level and, for many, their county as well. 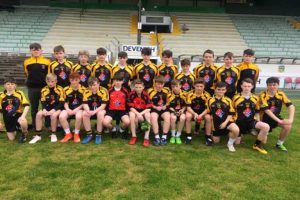 A fantastic achievement for a new school in Colaiste na Mi, Johnstown to reach the final in only their second year in the competition. They acquitted themselves very well against a strong Beaufort team and had key performances from Andrew McConnell, Jack Wilson, Darragh Murphy and Evan Fitzgerald. First half goals from Bradley Wilson, Bradlee Connor Baldwin and Jamie Murtagh gave Beaufort College a 3-2 to 0-6 lead at half time. Colaiste na Mi pressed hard to get back in the game and it took some great defensive performances from Isaiah Phillips, Jack Boyle and Kacper Kluczkowski to keep the goal threat out.Beaufort held on in the second half with some impressive points from Alex O’Hare, Ben Murtagh, Jamie Lee McAreavey and Bradlee Connor Baldwin. This is the first piece of silverware that Beaufort College has won in over 20 years. The school also got great support from sponsors Get Fresh Foods. 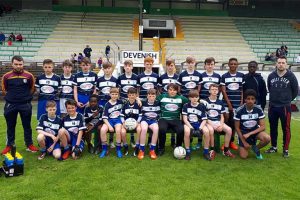