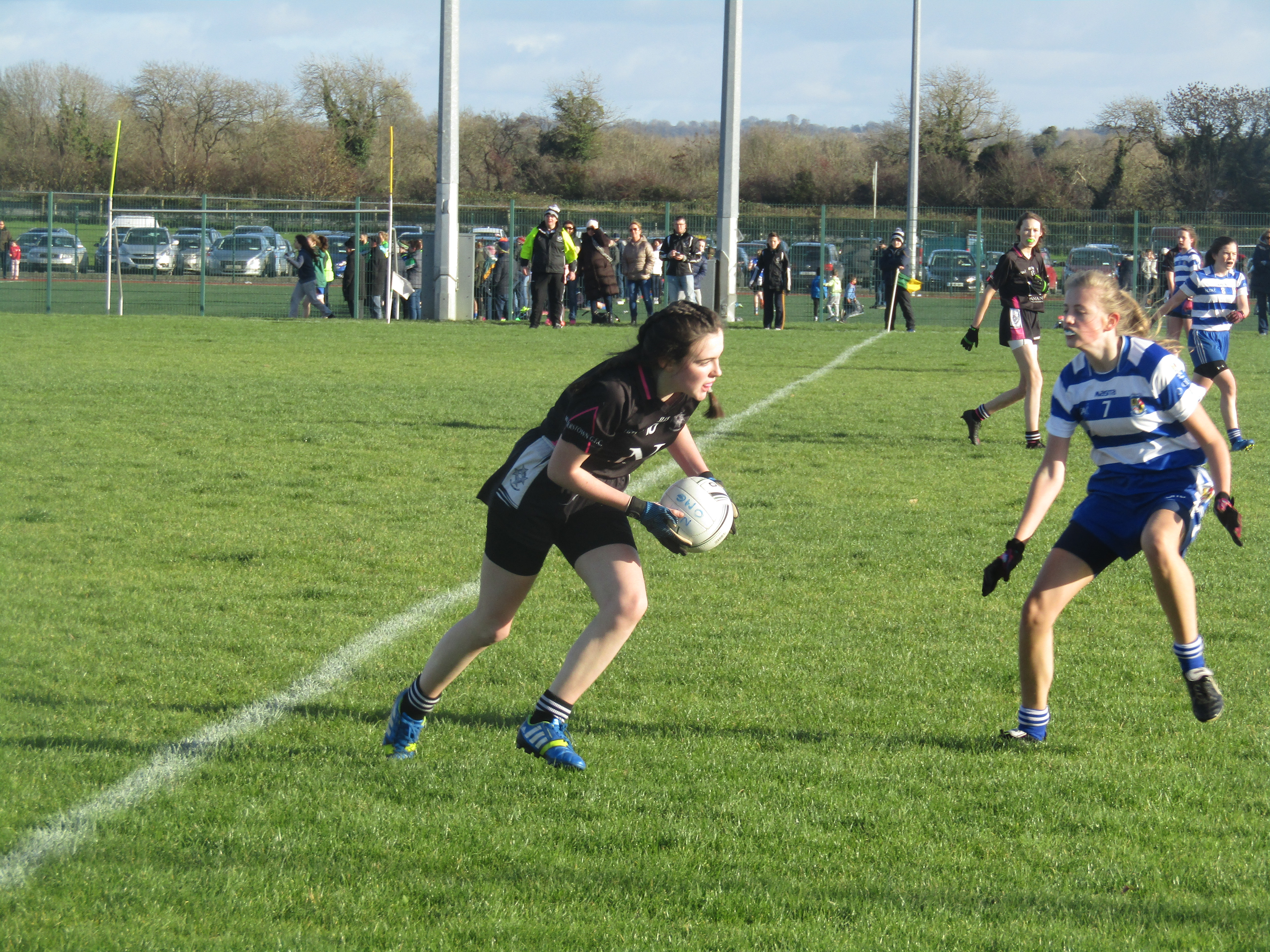 Not for the first time, Walterstown U13 Girls faced Navan o Mahonys, in the Division 1 Cup final, on a crisp Sunday morning in Dunganny.
There was a strong wind blowing which gave O’Mahonys an edge as the played “up” the hill during the first half.
They took full advantage of this and dealt Walterstown an early blow as they raced into a early lead as they put 4 balls into the back of the Walterstown net inside the opening ten minutes. Walterstown regrouped and clawed back their lead with a few goals of their own and had narrowed the gap to 7 points at the break. 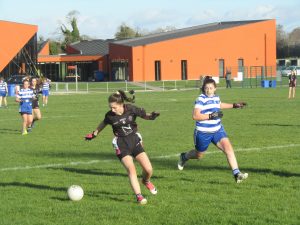 After the break O Mahonys maintained their pressure and it looked all over when again the reeled of 3 rapid fire goals midway through the second half which gave them a commanding lead. All credit to the Walterstown girls , they didn’t throw in the towel, and during the final few minutes hit back with 3 goals and 5 points , to set up a grandstand finish, but ultimately were to loose the tie by a goal, in a game that saw in incredible 15 goals scored.