All gathered on a truly wet evening on Saturday Night to witness the reveal of the dancers and their dancing partners for this years Strictly Come Dancing.

Prior to the event kicking off our main fundraiser of the year, it was Chariman Keith Browne’s turn to give some money away as he presented last weeks lotto winner John Gillooly with a cheque for €4,700. 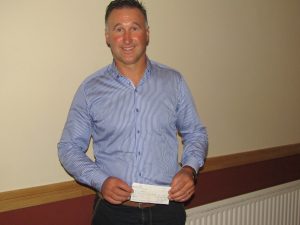 Onto the the main event as Donal Traynor found his true vocation as he did an excellent job as mc  for the evening. The Lades and Ladies were introduced and then paired off with their partners. 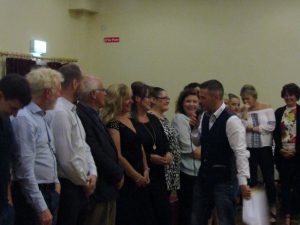 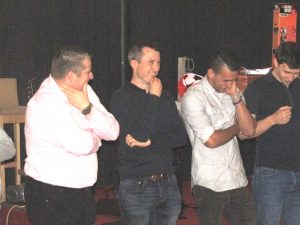 A great night was had by all, thanks to all the organisers and the dancers…