U12 girls battled well against Donaghmore Ashbourne on Patricks day 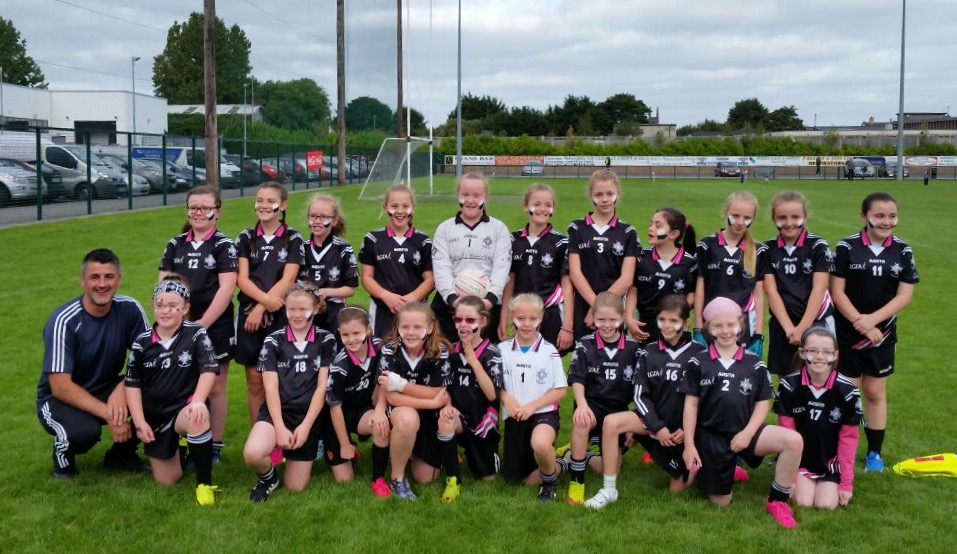 Typical soft Irish St. Patrick’s day (lashing!) as Walterstown & Donaghmore/Ashbourne meet on home turf for Walterstown’s 4th challenge match this year. Considering the day that was in it, there was a great turn out from both sides.  Both teams looked very strong and despite some great play from Walterstown in the first half, Donaghmore led.  Walterstown however kept coming back with some great blocking from Caoimhe Mc Kenna and a run from Emily Reilly that nearly brought her down to the Dublin Parade. Just before the half time whistle Sadie Mc Carthy caught a beautiful ball and denied Donahgmore a goal.  Half time ended with Donaghmore in front despite Katie Mc Carn burying 2 goals in the back of the net and Grace Deegan belting in another.

The second half commenced with consideralbly wetter players but no less determined with Abbie Farrelly fighting like a terrier for the ball early on and later on again shining with a great catch.  Robyn Byrne fought and won the ball while Sadie stood out again with a great save.  The second half brought another 2 goals, one from the always reliable Katie Mc Carn and the other skillfully dropped in by Grace Farrelly, and 3 points to Walterstown but unfortunately it wasn’t enough with the opposition finishing strong.

Walterstown girls battled right up to the final whistle always believing that they could win and it is this attitude and the constant encouragement that they receive from their coaches that will lead them to great things this year.