U14 B Girls loose shield in final minutes

Also on Saturday after the u14A Girls final the U14B Team faced Drumbaragh in the Div 6 Shield Final. In a very close first half the teams traded points before Walterstown won, and converted a penalty which gave then a two point lead going into the break. 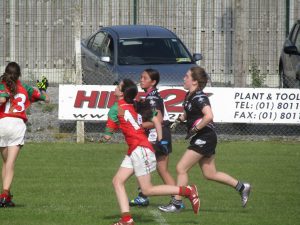 Walterstown increased their lead to four points after the break before Drumbaragh responded with two of their own just before the water break. Walterstown held onto 2 point lead until just before full time when Drumbaragh scored two goals in the final three minutes , the second being the last kick of the game. 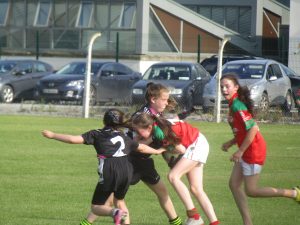 Disappointment all round for the Girls , Coaches and Supporters who left Dunsaughlin on Saturday evening with 2 defeats in two finals, although it is a great achievement that we had two u14 Girls teams contesting finals on the day.