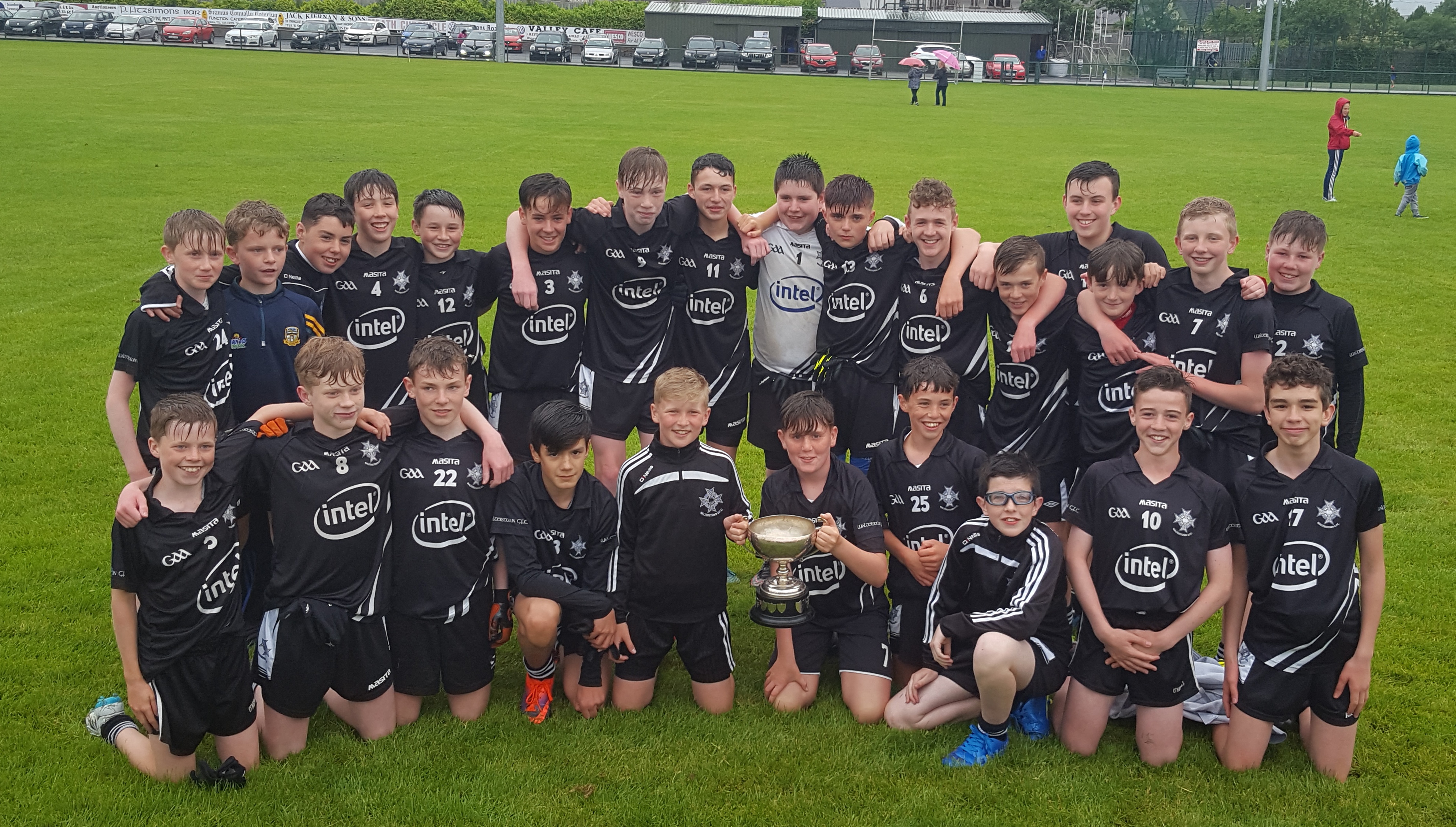 On a damp Monday evening Walterstown faced Simonstown in the U14 Division 2 Final. They last time the sides met in the league Walterstown had the upper hand, but finals are a different matter.

During the opening exchanges the sides were fairly evenly matched,  and after nine minutes, were tied with two points apiece. On ten minutes Simonstown took the lead with a well taken goal, but this lead did not last long,  as two minutes later, Walterstown’s Ross Reynolds looped the ball from distance over the Simonstown keeper and into the back of the net. Walterstown now had the edge and a had two more opportunities to add to their goal tally, but were denied. Twenty four minutes in John Cullen grabbed Walterstowns second goal, and a minute later, capitalising  on a Simonstown error , John grabbed his second goal of the game. As half time loomed , Simonstown were awarded a penalty (for a foot block) which they duly converted.

After the restart, Simonstown scored another point and moments later forced a fine save from Walterstown’s Mark McGrane. Again the side were trading points, but the second half was a bit of a scrappy affair , with both sides picking up cards, as the tension rose. Points from Walterstown’s Troy Campbell O Brien, John Cullen, Adam Murphy and Padric Freeman, saw Walterstown’s lead increase, and it was now over twenty minutes since Simonstown’s last score. On thirty minutes , Byron Farrell, only on the pitch for 60 seconds, scored a fine free kick to give Walterstown a seven point lead.  Simonstown increased the pressure on the Walterstown goal, and in the dying moments did manage to grab a goal, but it was Walterstown who prevailed to be crowned Division 2 Champions. 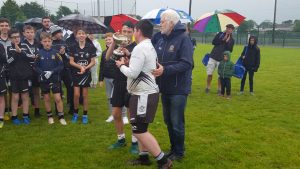 Joint Captains , Mark and Troy with the Cup

Its been a great campaign for the boys, having won all their ties, bar one, which they only lost by a single point, well done lads, and well done to the coaches  Aidan, Ed and Niall .