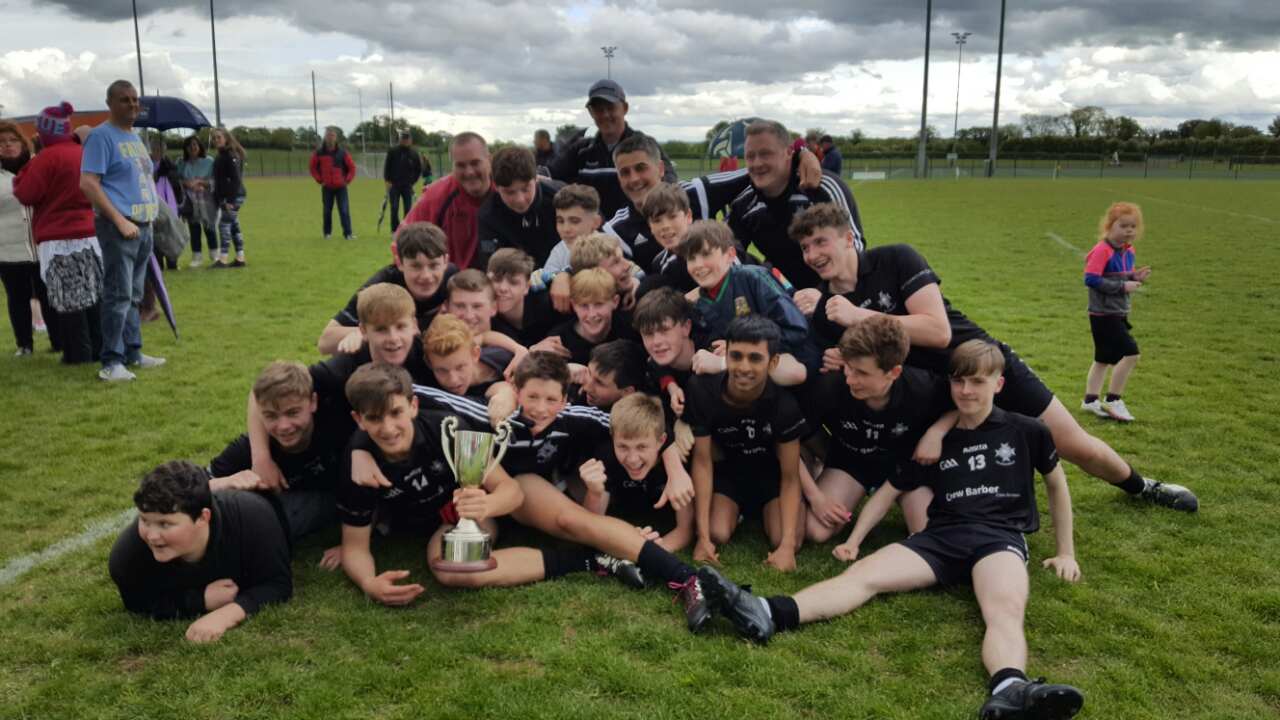 Walterstown U17 clinched the Division 2 Title on Saturday evening in dramatic style with the last kick of the ball denying Kilbride! Fantastic win lads. Walterstown 2:18 (24) Kilbride 4:11 (23)

1st versus 3rd was the match up in the Under 17’s Division 2 Final this year to see who would be promoted to Div 1 for the next campaign and crowned Div 2 Champions.

The last two years Walterstown have won under 17’s Div 4 and Div 3 respectively so here was their chance to win 3 in a row and clinch the Div 2 title.

This was always going to be a tight game but nobody could have imagined how this would unfold.

Walterstown played against the wind in the first half and were soon up against it, not only the elements but also a strong Kilbride team that had some very slick footballers. 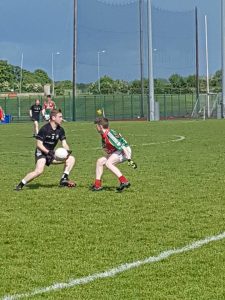 Scores were swapped for the first 10 minutes of the game before Kilbride took a strong hold on the match, going 9 points up with 8 minutes to go in the first half. A couple of well taken Points for Walterstown’s  Sam McCabe, Barry O Connell & Jamie Flynn kept The Blacks with a couple of scores of the Kilbride men going into the break.

Going into the second half and playing with the breeze The Black’s tried to apply some pressure to the Kilbride lads with some early scores but this simply wasn’t the case. Kilbride increased their lead in the last 15 minutes to 9 points again with a very well taken goal and some excellent points.

So starts the last ten minutes and all the drama.

Walterstown who looked dead and buried after Kilbride’s last goal ‘somewhere’ took belief in themselves and went for the miracle finish.

5 minutes to go and 6 points down the miracle started to unfold. After a very well taken 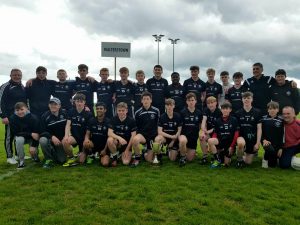 goal by Sam McCabe there was only 4 points in it with 3 minutes to play. Further points from the Walterstown players left the game on a knife’s edge. The Black’s won a breaking ball in midfield and headed for the crucial score that would tie the game and send the game into injury time. A free kick was awarded and Stephen Davis converted to pull the game back to an unlikely draw.3 or 4 minutes into injury time and with only seconds left to play , Walterstown’s won the kick out ……up steps Stephen Davis ………being ushered out to the line and heading away from goals , Stephen takes on a wonder score and puts the Walterstown lads into the lead.

With the resulting kick-out still in the air the Referee blows the final whistle and the Walterstown supporters flooded the pitch with disbelief …….Champions 2017…… 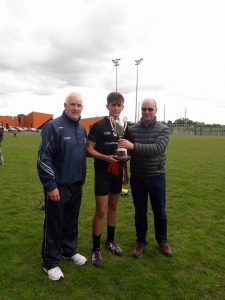 A Big congratulation’s to their Management Team of  –  Robbie Barrett, Raymond Reynolds & Joey Farrelly ( 2 club legends J ) & Mark McGuire and to all the Players and Parents for all the hard work and continued support. Its all greatly appreciated ……………..

Well done to you all……..COYBIB 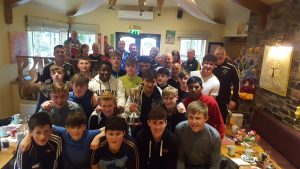 Special thank you to McGuires of Tara for their support throughout the year and for their hospitality on Saturday evening after the game, it was much appreciated by the players and management team.