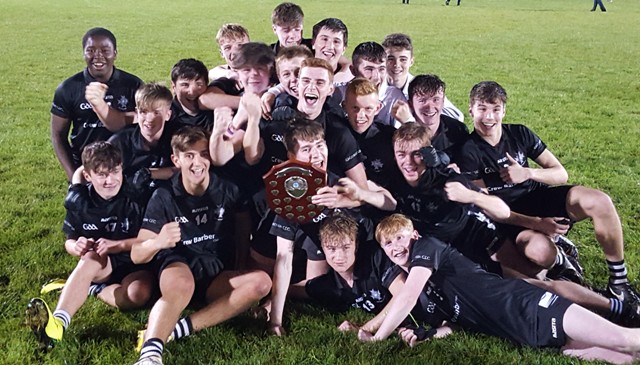 At 8pm under the lights in Dunganny Walterstown faced Killary Emmetts in the Division 4 Final. Walterstown started very well and Barry O Connell registered the black’s first point from a free. Sam McCabe had an early chance at goal only to see his effort come off the crossbar. Barry O Connell slotted over a second free, and Sam McCabe scored another point from play. It was nearly 10 minutes in before Killary managed to venture into Walterstowns half, which resulted in a free which was duly converted. The on 13 minutes Sam McCabe got his fist to the ball to send it into the back of the net, and again a minute later Sam doubled his goals tally with an excellent finish. Walterstown register another 3 points and went into the break with a healthy 2:07 to 0:01 Lead.

After the interval Killary started much better and soon register their second point of the evening. They continued to have the better of the play for the opening 10 minutes of the second half. Walterstown came back into though when Conor Lenehan scored Walterstowns third goal 11 minutes into the second half. Four minutes later Sam McCabe riffled the ball into the back of the net for his hat trick. Darren Finnegan almost could not believe his luck; his first touch resulted in Walterstowns fifth goal. Walterstowns captain Alan Wall registered the black’s sixth goal as Walterstown ran out comfortable winners with a 6:09 to 0:03 win. 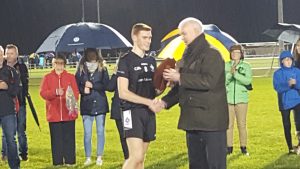 Well done to all the players and to their coaches, Gerry Cooney, Alan Browne, Martin Wall, Robbie Barrett.