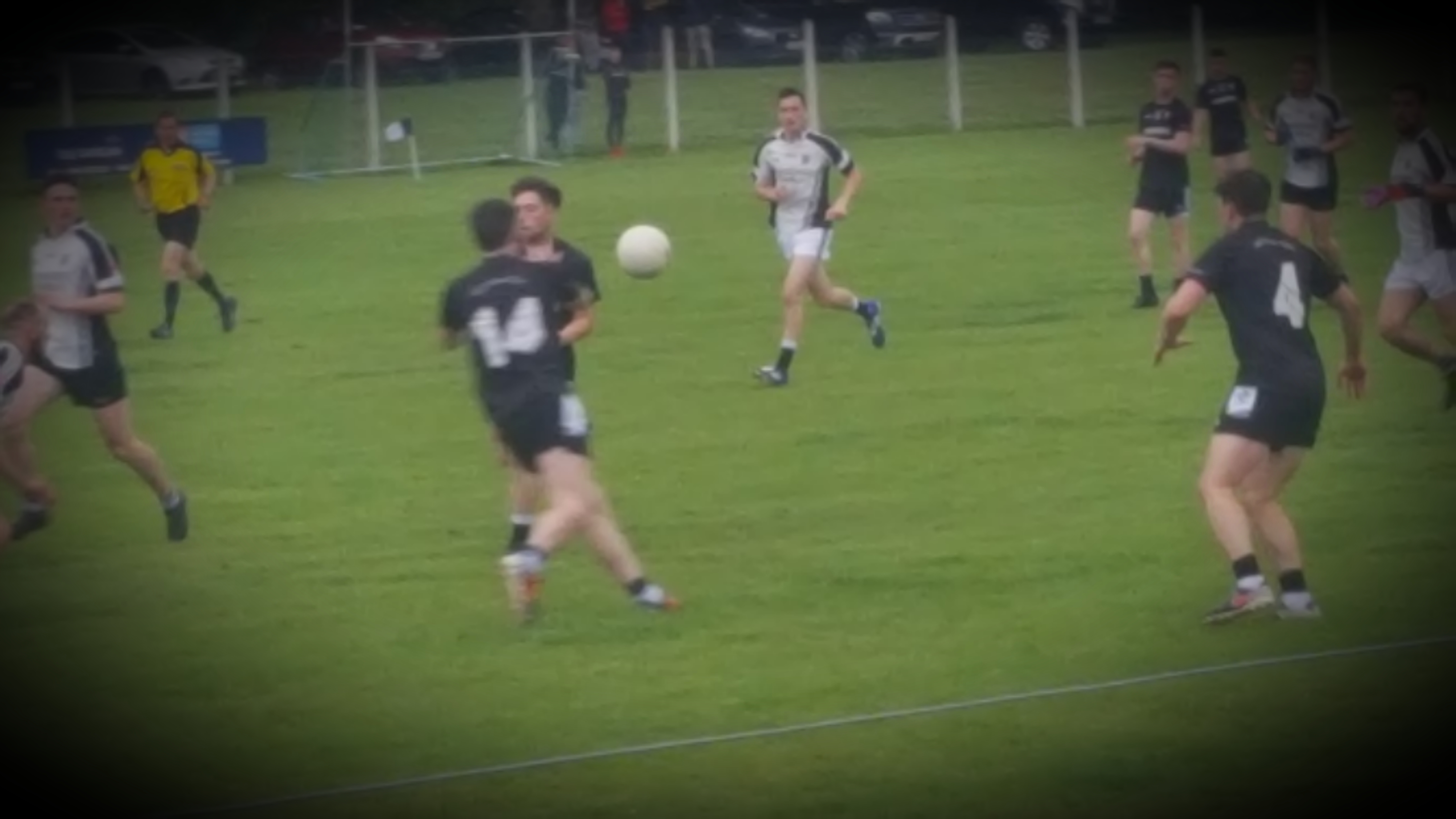 Walterstown played Dunderry in the A League on Sat night in Walterstown needing a win to stay in the upper half of the table. Playing against the wind Walterstown started well and were 3 points to 0 ahead after 5 minutes. Dunderry then got into the game and were level at 0-3 each after 15 minutes. Walterstown however struck back and were 0-7 to 0-5 up at the interval. In the second half the home team got a great start with a Joey Coogan goal in the first minute. Coogan followed this with 2 well taken points. Paul Donnellan scored a great goal just after to leave Dunderry  2-9 to 0-5 points behind. Dunderry tried hard to narrow the gap but Walterstown’s midfielders O Dowd and Crosbie were in control at midfield. In defence the full back line of Eoin O Mahony, Cathal Hennelly, Colm Reilly worked hard to restrict the Dunderry forwards. Walterstown’s pacy half back line of Colin McGrane, Peter Reynolds and Mark McCormack defended well and helped set up many of our attacks. Half forward Aron McLoughlin was unlucky to be black carded before half time. John Geoghegan and Cormac Madden contributed some nice scores. The full forward line of Paul Donnellan, (1-2) Joey Coogan (1-2) and Brian O Connell (1-3) scored an impressive 3-7 of the Walterstown total.

When Brian O Connell struck for Walterstown’s 3rd goal after 20 minutes of the second half, the match was effectively over. Dunderry did add on 6 more points but the final score read 3-14 to 0-12 to Walterstown, when referee Bernard Heany blew for full time. Walterstown were missing several players for this match but the substitutes all deputised well. This was teenager Eoin McAllister’s first full game with the first team. Davy Maguire also showed he had lost none of his ability, after being abroad for a couple of years.

This was the penultimate round of the league.

The final game will see the blacks travel to Castletown, date and time to be confirmed. 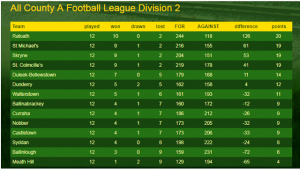