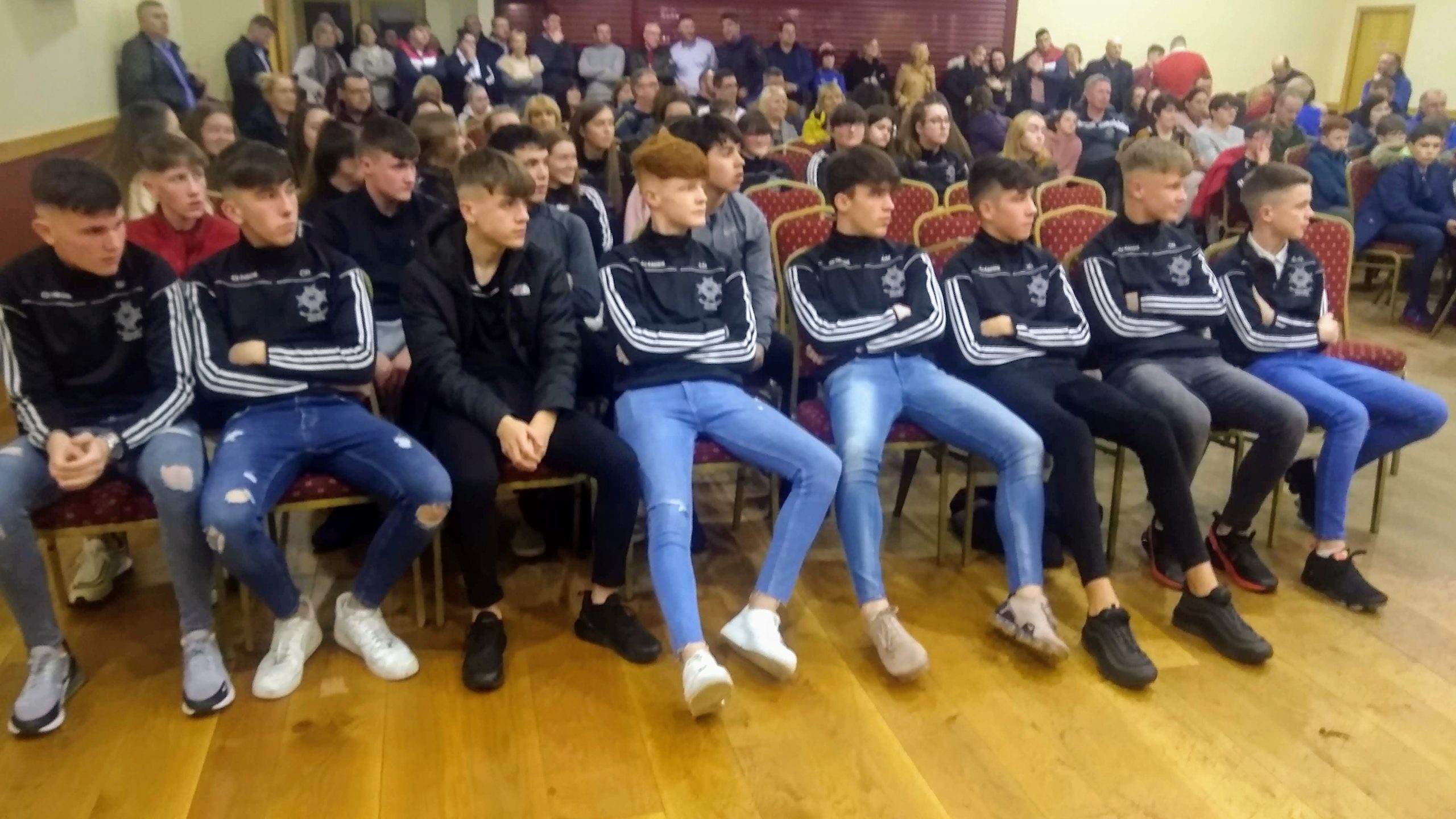 On Saturday night (December 21) we got the chance to look back on and celebrate a hugely successful year for our juvenile teams at the annual presentation night in the clubhouse.

Meath minor manager and Walterstown man John McCarthy was on hand to present our young players with their medals and also offer words of wisdom for our young stars.

Of course he also had the job of handing out many medals on the night, including the U15 boys Division 2 medals and the girls Division 3 Shield medals.

Our Meath minor stars Mollie Browne and Kate McCarthy were also honoured with a special presentation after their superb exploits with the Royals in 2019. The Walterstown pair played a. major role as Meath defeated Kildare in the provincial decider back in April.

Our young coaches, who gave of their time throughout the year, were also awarded for their work. From nursery level up to minor we are very lucky to have coaching input from our young players. In the nursery Oisin Boland, Lucy Reynolds, Sean McKenna, Rachel Carroll, Keelin Foy and Caoimhe McKenna are showing the youngest members of the club how it’s done. Meanwhile Kate McCarthy, Sadhbh Murtagh, Connor Farrelly and Connor Maguire were all involved with coaching teams who took part in competitive action this year. The club are delighted to have them involved in coaching and we sincerely hope we see more young members take up coaching roles in 2020.

On the field our players were in flying form. Our U15 boys, under the tutelage of Andy McGuinness and Darren Mulligan, claimed the Division 2 title in style when they defeated neighbours Seneschalstown in the decider. This team finished at the summit of their group, beat Simonstown in a cracking semi final and most certainly have a bright future ahead of them. 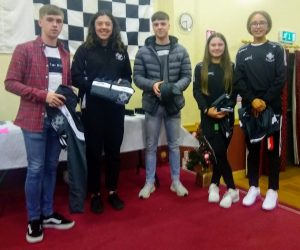 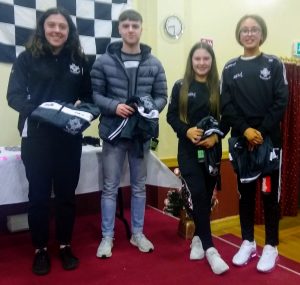 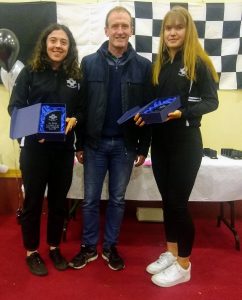 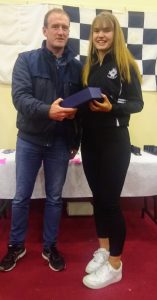 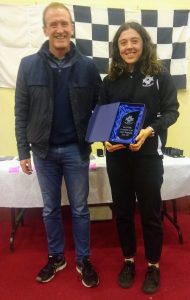 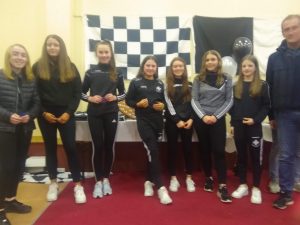 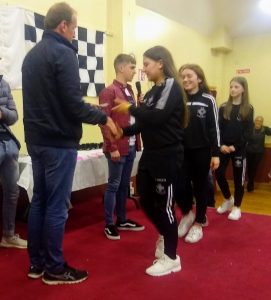 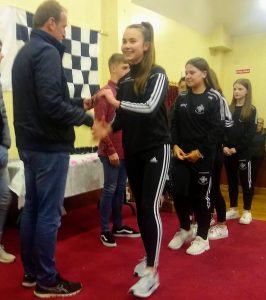 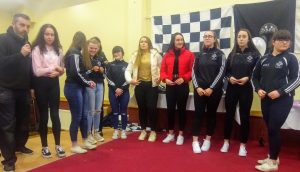 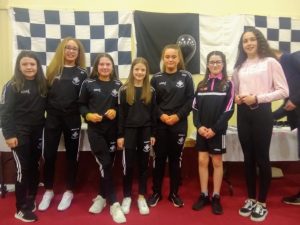 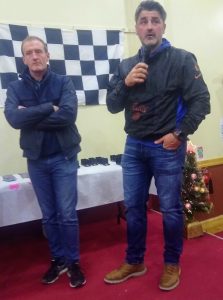 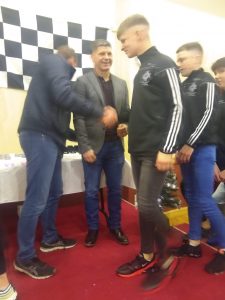 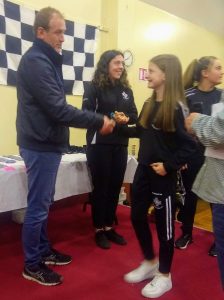 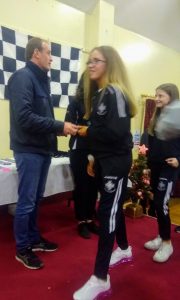 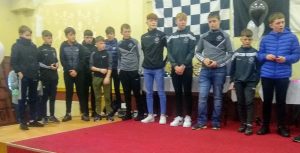 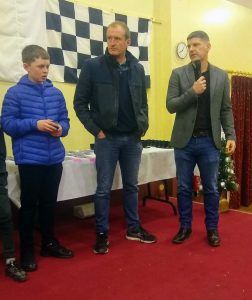 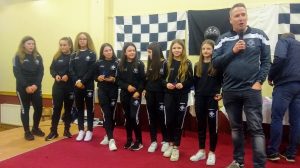 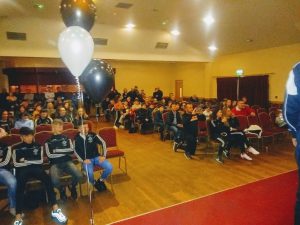 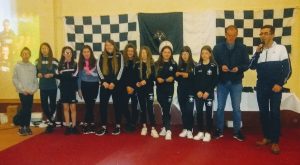 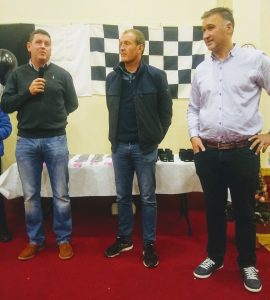 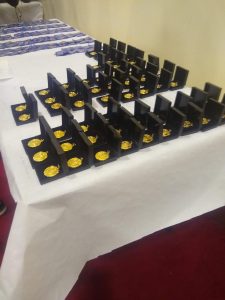 Our U13 boys, managed by Mayo native Cormac Holland, also claimed a Division 2 title when they got the better of Dunderry in the final. Indeed Dunderry were quite simply no match for the team in black, who prevailed comfortably in the end.

At U14 level, our boys, tasted success in the Division 3 Shield final when they overcame hosts Rathkenny back in August. On an evening that saw torrential rain, the Walterstown boys were by far the superior side and prevailed on a 4-13 to 1-3 scoreline.

Our girls were also in flying form this year. Our U12A team competed in the Division 2 league and had a brilliant run in with only one loss recorded. This put them into the Cup final against a very tough Oldcastle team. Unfortunately it wasn’t to be their day but they came away as very respectful runners up in the Division 2 Cup final.

Our U12B girls played their first year of competitive football back in the spring when competed in the Division 6 league. They had a very impressive campaign which resulted in them winning the Division 6 Shield.

At U13 level our girls competed in Division 3 and finished in third position which put them into the Division 3 Shield final against Drumbaragh. They put on a brilliant final showing and took the title back to the Oldtown Road.

Another team to make it to a final was our U14 girls, who put in some outstanding performances in what was a tough Division 1. They made it all the way to the Division 1 Cup Final where they met Donaghmore Ashbourne. Unfortunately and despite their best efforts, it wasn’t to be there day. However, to make a Division 1 final was a superb achievement and it bodes well for the future for these girls.

Under the guidance of Ciaran Kelly, our U16A girls also made it to a Division 1 final after some tough games in a gruelling campaign. In the end their bid to take the title didn’t come off but like their U14 counterparts, to make a Division 1 final is no mean feat and 2020 will, no doubt, be a bright year for this bunch of players.

At U16B level our girls competed in the Division 6 League and performed extremely well. The girls earned a place in the Shield final and put on a great show of football to win the title on the day under the management of Joey Farrelly, Connor Farrelly and Conor Maguire.

In all, 2019 was a year to remember for Walterstown GFC both at adult and juvenile level. The club are extremely proud of all their players and are already looking forward to seeing what 2020 brings.