Blacks miss out to Nobber in round 2 of the Championship. 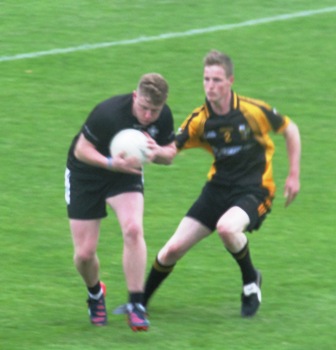 On an overcast evening in Navan Walterstown faced Nobber in Round 2 of the championship.

It was a disastrous start from the Blacks point of view when Nobber’s Sean Meade found the back of the net before 1 minute of play had elapsed. Walterstown defence rocked as it conceded another two goals in the opening ten minutes. A goal from Walterstown’s Cormac Madden reduced Nobber’s lead and as  they regained composure  Cormac grabbed a second goal in the first half and Walterstown had reduced Nobber’s lead to three points at the break. 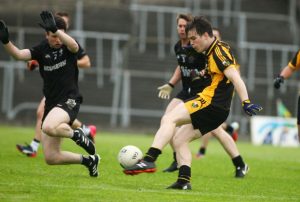 After the Walterstown had the slight upper but for every converted point Nobber seemed to be able to respond. In the final moments of the second half with Nobber two points to the good Nobbers Gerard Campbell grabbed his second goal to ensure victory for Nobber and put an end to any Walterstown comeback.