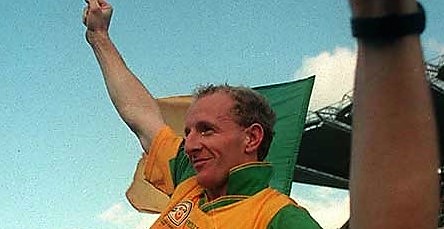 The 2019 Bord Gáis Energy Legends Tour Series at Croke Park gets underway when Meath legend Martin O’Connell will join the staff of the GAA Museum on a very unique behind-the-scenes tour of Croke Park on Saturday 8th June.

Martin O’Connell was a key figure in Meath’s successes from the mid-1980s to 1996. He was on the All-Ireland winning teams of 1987, 1988 and 1996.  His three All-Ireland and six Leinster senior medals have not been equalled among his county men.  O’Connell received four All-Star awards and in 1996 was named Footballer of the Year.   In 1999, he was named on the GAA Football Team of the Millennium.  In 2013, along with his teammates on the Team of the Millennium, he was inducted into the GAA Museum Hall of Fame.

This tour is part of the Bord Gáis Energy Legends Tour Series.  These special tours, first introduced in 2008, provide fans with an unforgettable opportunity to hear memories and anecdotes at first hand from their GAA heroes as they go behind-the-scenes at Croke Park.