Campbell-O’Brien hits ten as minors open with a win 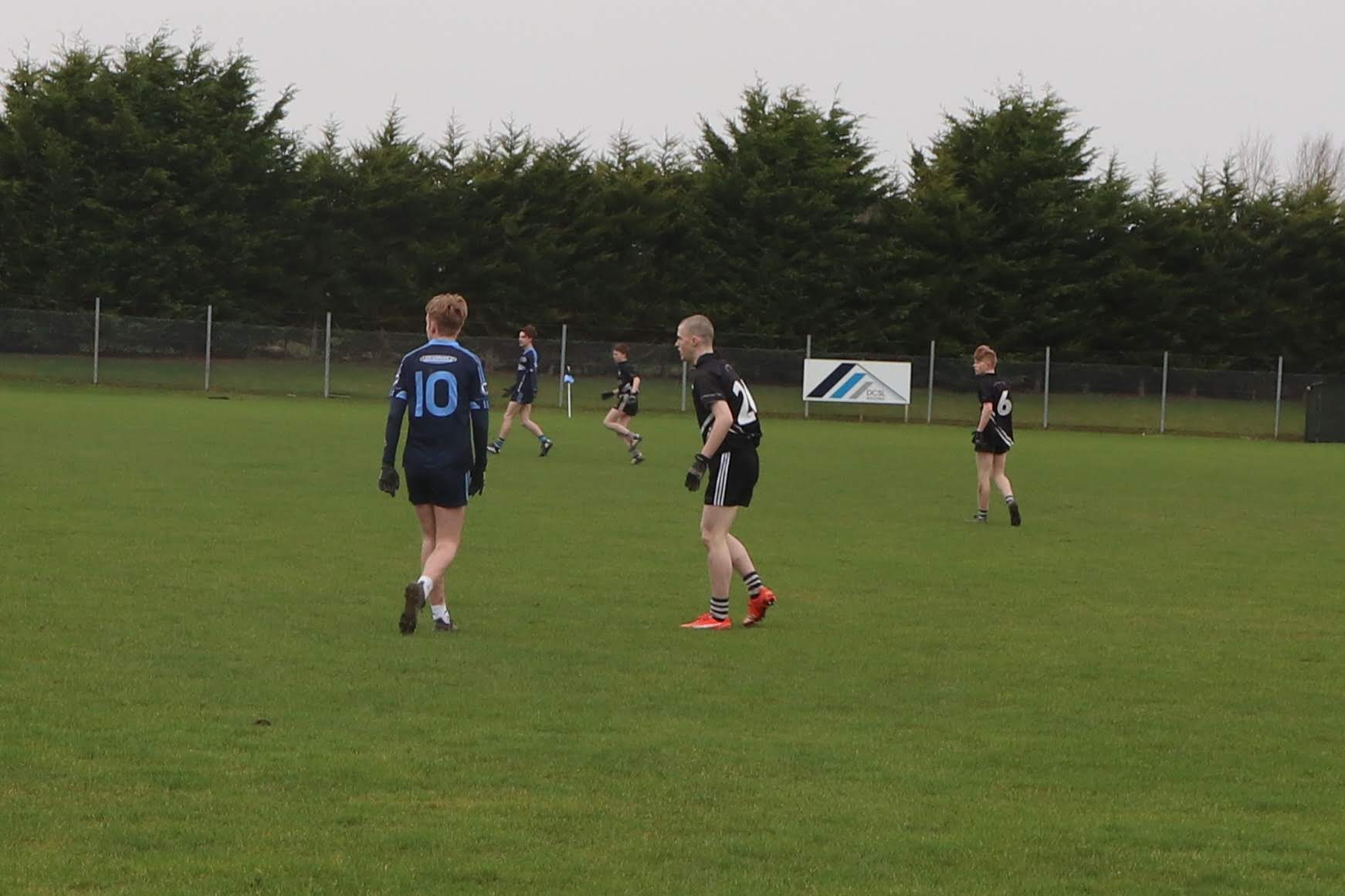 A ten point haul from Troy Campbell-O’Brien got Walterstown off to winning ways in the LMFM Minor Football League Division 2A in Simonstown on Saturday morning. In the end the Blacks ran out comfortable victors, however, they certainly didn’t have everything their own way in a cold, wet and windy Proudstown Road venue.

LMFM MFL Division 2A Round 1

Walterstown, managed by Andy McGuinness, started well but then allowed their opponents back into the game. However they finished out the first half strongly and led 0-9 to 0-5 at the break.

After the turnaround, Simonstown enjoyed a purple patch and a goal from Adam Nevin put them right back in contention after 43 minutes. However, the visitors put the foot on the proverbial pedal, finished strong and hit five points without response to prevail by the same margin.

These teams actually met in a challenge game the previous weekend and Walterstown also came out on top and we fancied to do the same last Saturday morning. Having won the U15 Division 2 title last year, the Blacks blooded a number of young players to compliment their more seasoned lads and it worked a treat for them.

Adam Quinn opened Walterstown’s account on the two minute mark when he split the posts and they found themselves 0-4 to 0-1 ahead by the seventh minute. However, Simonstown were back on level terms after 15 minutes after three points on the trot from the boots of Jack Melia (free), Davy McKeever and midfield man Tadgh Hanrahan.

The home side hit the front for the first time at the midway point of the first half thanks to a point from Sean O’Connell but thereafter Walterstown enjoyed the lionshare of the scores for the remainder of the half. At the break Walterstown led 0-9 to 0-5.

After the break, Nevin’s goal really put the cat among the pigeons but ultimately Walterstown had too much in the tank for the home side. Goalkeeper Conor Reilly made a superb save in the 41st minute at at the other end both the superb Campbell-O’Brien and Byron Farrell kept the scoreboard ticking over to ensure an opening round victory for the Blacks.

Next up for Walterstown is a home game against neighbours Skryne, while Simonstown travel to Kilbride.