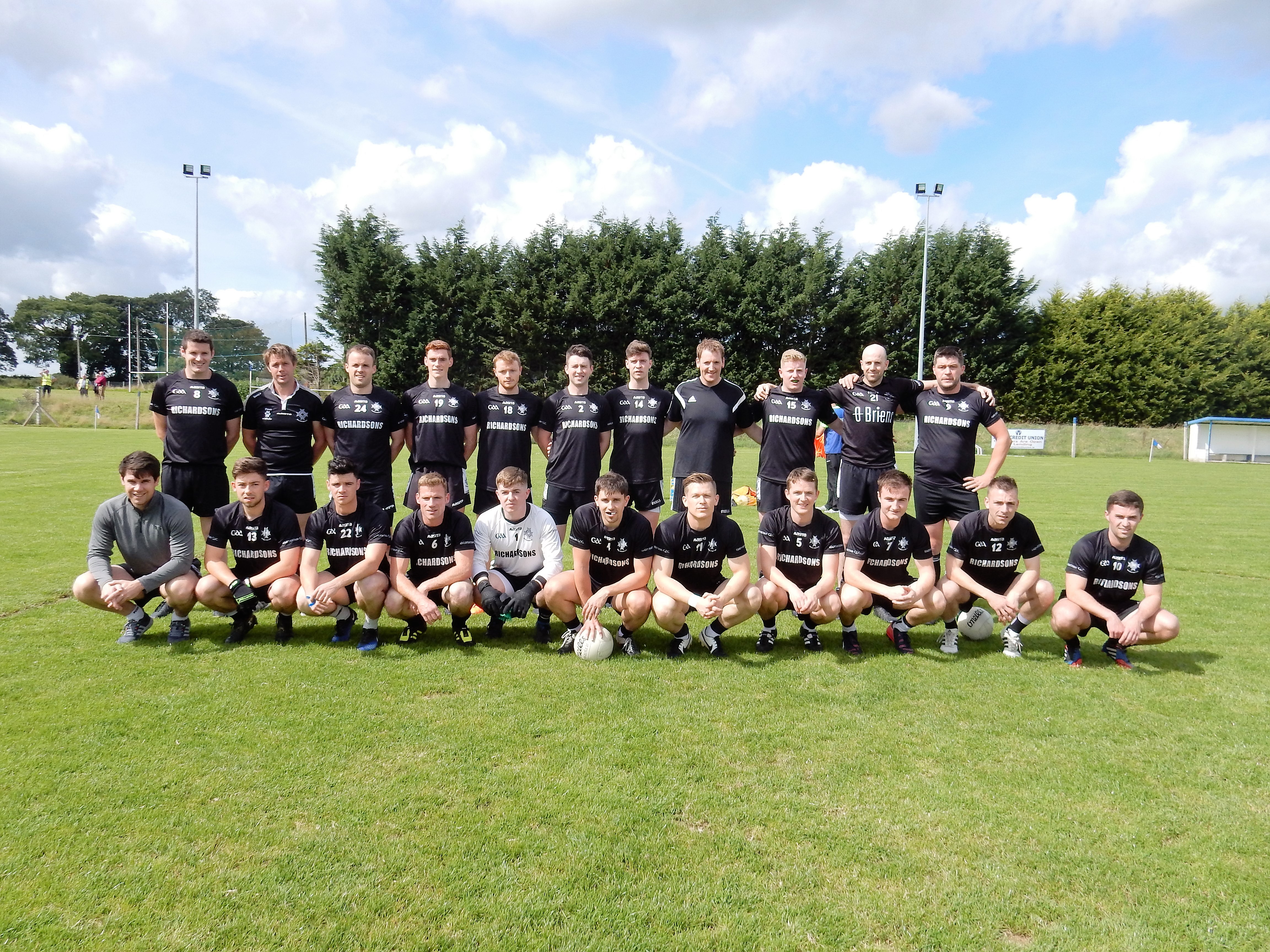 Walterstown needed to win this 3rd round match having already lost to Nobber in the 2nd Round . In Slane on Sunday Walterstown and Don/Ashbourne contested a very exciting match. Walterstown started well and after 8 minutes were 1-4 to 0-2 ahead. Davy Donnellan finished a nice passing move for the goal.  However Don-Ashbourne got to within a point of the lead after 15 minutes. Then Walterstown keeper John Davis was forced to concede a penalty for which he received a Black card. The resulting conversion put Don Ashbourne ahead by 2 points. Walterstown got back to level but Don Ashbourne scored their 3rd goal just before half-time leaving Walterstown behind by 3-4 to 1-7 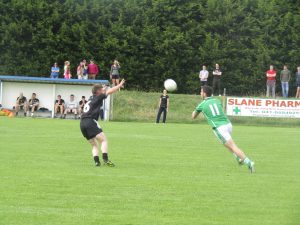 Early in the 2nd half Ashbourne scored another goal and a point to go 4-5 to 1-7 ahead.  Walterstown battled well and restricted Ashbourne to only 1 other point. They tightened up defensively while Alban Crosbie and Conor O Sullivan got to grips at mid-field. Walterstown themselves reeled off 0-7 and were only 2 points behind with minutes to play. In a torrid last few minutes they could have snatched victory thanks to 2 late goal opportunities which went inches wide. Conor O Sullivan scored the Blacks last point in injury time. However the 4 goals Don/Ashbourne scored, left Walterstown with just too much of a hill to climb and they were still a point behind when the final whistle blew.