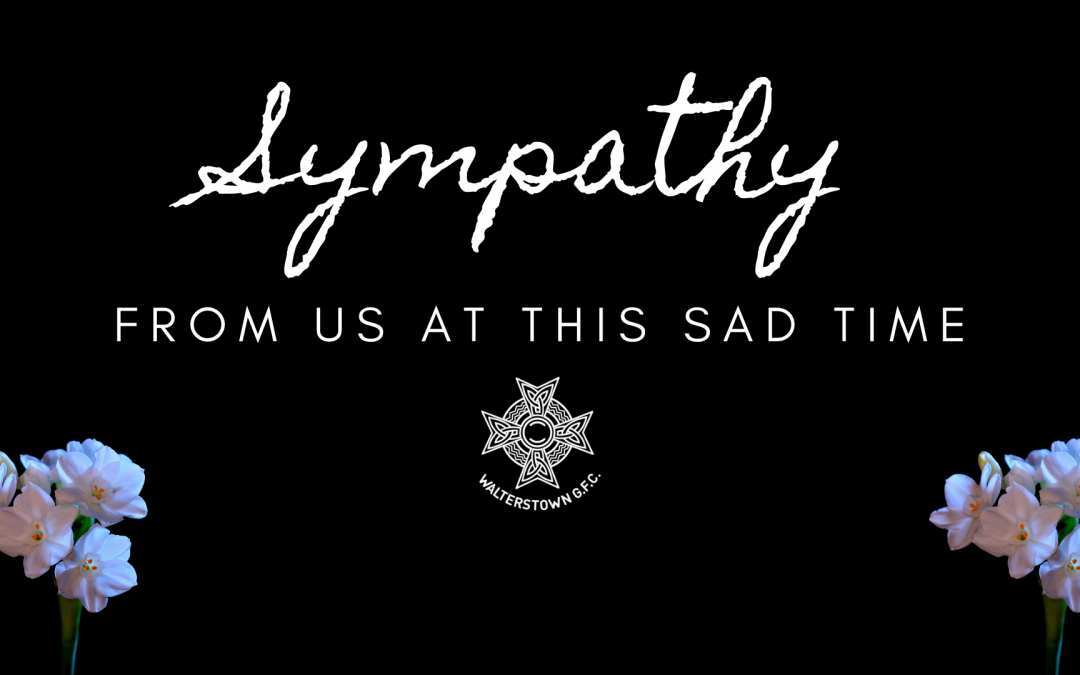 It is with deep sadness that we have learned of the passing of our former player Frankie Carroll.

Frankie won a Meath Junior Football Championship title with us in 1961 where he lined out at right half forward in the number 10 jersey. On the day Walterstown beat Ratoath on a scoreline of 0-10 to 0-1.

Three years later he tasted Intermediate Football Championship success with Walterstown, again starring at right half forward. The Blacks got the better of Kilmainhamwood on a soaking wet day.

Frank will be arriving to St Mary’s Church, Navan on Monday morning for a funeral mass at 10.30am which can be viewed here. His funeral cortege will leave the church, pass his residence and Casey’s Cross en route to Old Kilcarn Cemetery in Johnstown for burial.