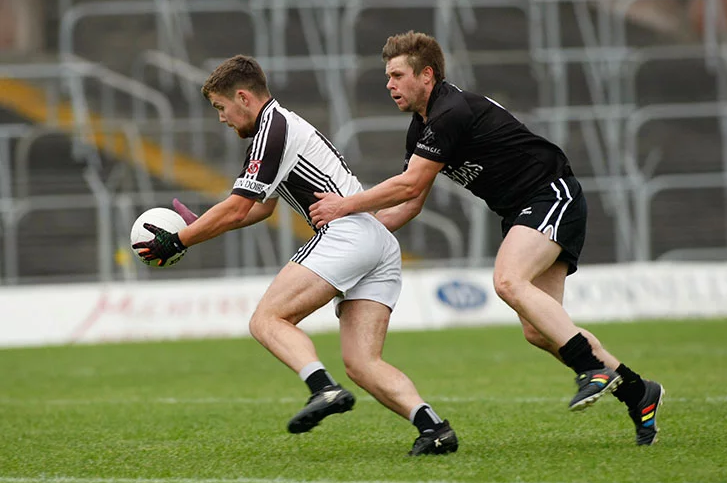 Dunderry made up for a disappointing championship exit with this win over Walterstown to claim the Corn na Boinne at Pairc Tailteann.

With three minutes on the clock it looked as if Walterstown were going to win this game with ease. The Eamon Barry/Martin O’Connell managed outfit hit Dunderry for 1-3 in those opening minutes. Paul Donnellan got their goal from the penalty spot after a foul on Ruairi O’Dowd. Brian O’Connell, the impressive Conor O’Sullivan and Alban Crosbie added to the Walterstown tally to open a 1-6 to 0-1 gap after 15 minutes.

Half forward Morgan Callaghan ignited the Dunderry fightback with a well executed goal and before the break Dunderry found the Walterstown net two more times through Jordan Martin and Stephen Coogan. Coogan’s strike came on the stoke of half time and Dunderry went to the dressing rooms 3-4 to 1-9 in front.

The winners dominated the early exchanges of the second half. Coogan was immense and registered five points in the opening 15 minutes. Conor Farrell, Paddy Kennelly and Conor Dempsey also got in on the scoring act as Dunderry opened up a 3-12 to 1-11 lead.

1-1 from Brian O’Connell and a pointed free from Crosbie had that lead down to two points with seven minutes remaining but Coogan steadied the Dunderry ship with another brace to seal the issue.