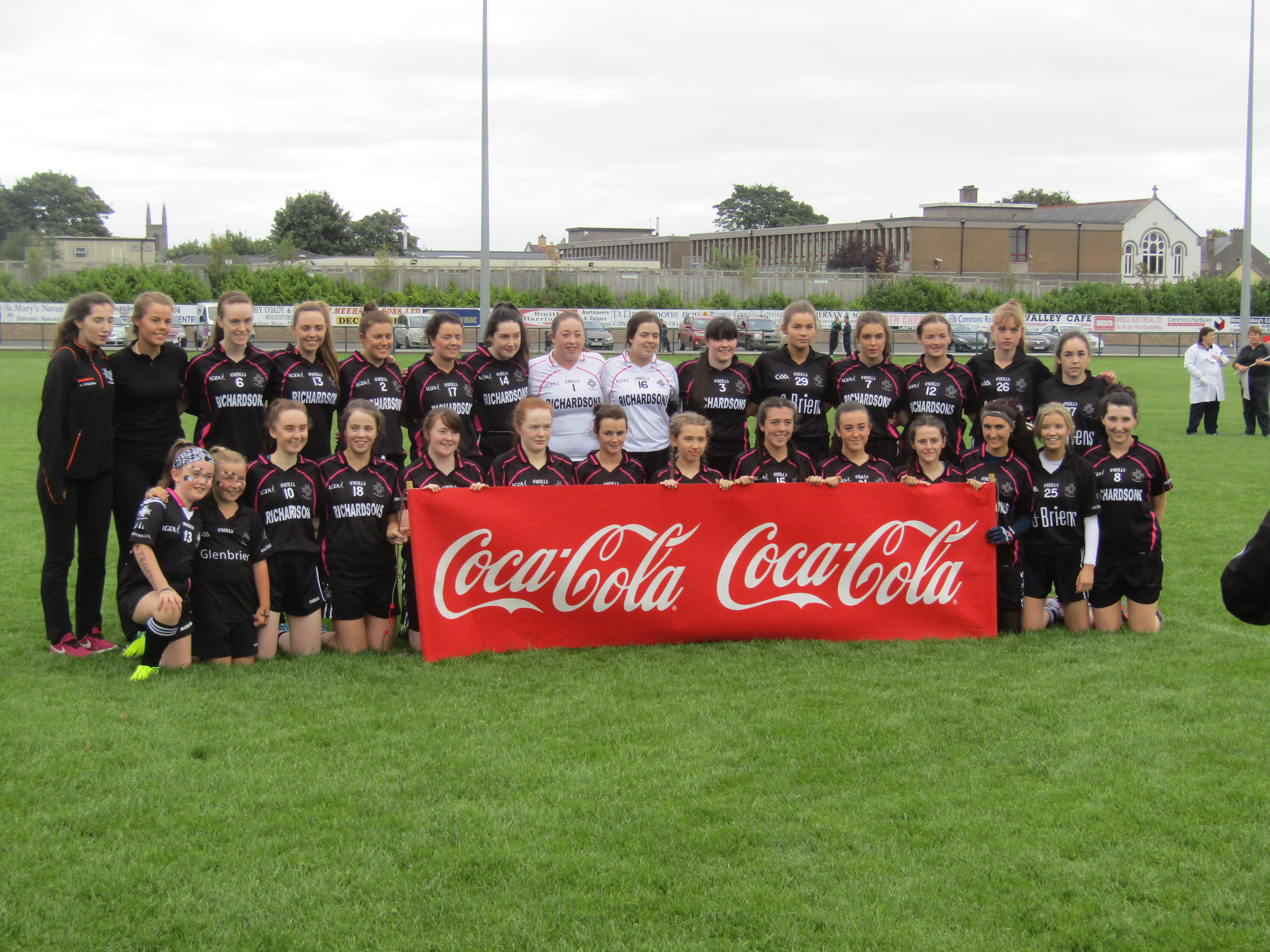 Walterstown faced Skryne in the Championship final on Saturday evening @ 5pm. The last time these two sides met in the Championship Skryne won the match by a single point. The underage girls from both teams formed a guard of honour for the ladies on their entrance to the pitch.

Walterstown started the match very bright and had several opportunities to create an early lead by were thwarted by the cross bar, the post, and a couple of wides. Walterstown eventually got off the mark when Julie Donnellan pointed the first score of the game. Skryne responded with two of their own. After some great support play from Kate McCarthy, Mollie Grey grabbed a goal for Walterstown midway through the first half. Skryne pulled a point back before Walterstown had another goal effort cleared off the line by one of the Skryne defenders. Julie Donnellan pointed again for Walterstown but Skryne hit back with 3 points to take a one point lead. Walterstowns Brenda O Sullivan leveled the game in the lead up to half time. Skryne’s number 4 picked up a yellow card, and sin bin just before Mollie Grey grabbed a second goal to give the blacks a three point lead heading into the break.

After the break Mollie Grey grabbed her first point of the evening shortly before the introduction of Marie McCarthy and Antonia Brady. Skryne scored a point before a tremendous point from Julie Donnellan , who gathered possession on the half way line and ran at the Skryne defense before slotting the ball over the bar. Julie notched up another point, before Mollie Grey, who was in unstoppable form, grabbed her hat trick to give Walterstown an eight point lead. Similar to the first half, Walterstown’s number 4, Jenny Daly picked up a yellow and this time Walterstown were down to 14. This did not deter Walterstown as Marie McCarthy rifled the ball into the back of the net for Walterstown’s fourth goal. Three further changes saw the introduction of Roisin Daly, Laura Fox and Mollie Browne . Skryne did not give up thought forcing two good saved from Caroline Mooney but only managed two more points before the final whistle. 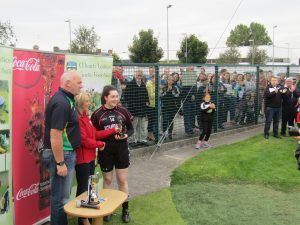 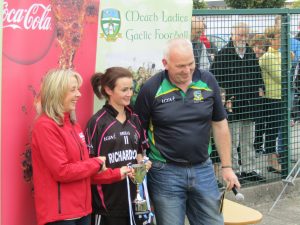 Cue the celebrations as Mollie Grey received the player of the game award just before the cup was presented to Captain Julie Donnellan. It has been a terrific season for the Ladies who have won the League and the Championship this season, well done to all the ladies, Justin, Paul and Caroline.

All season long we have had to track the scorers from the Championship for the Team of the Week,  Golden Boot Award goes to Julie Donnellan with 38 points in total, Mollie Grey Second on 30 points and Marie McCarthy on 25 points.

Absent on the day was Yvonne Brady, who was on her Hen Night, hoping you had a blast also and wishing you all the best for the future.