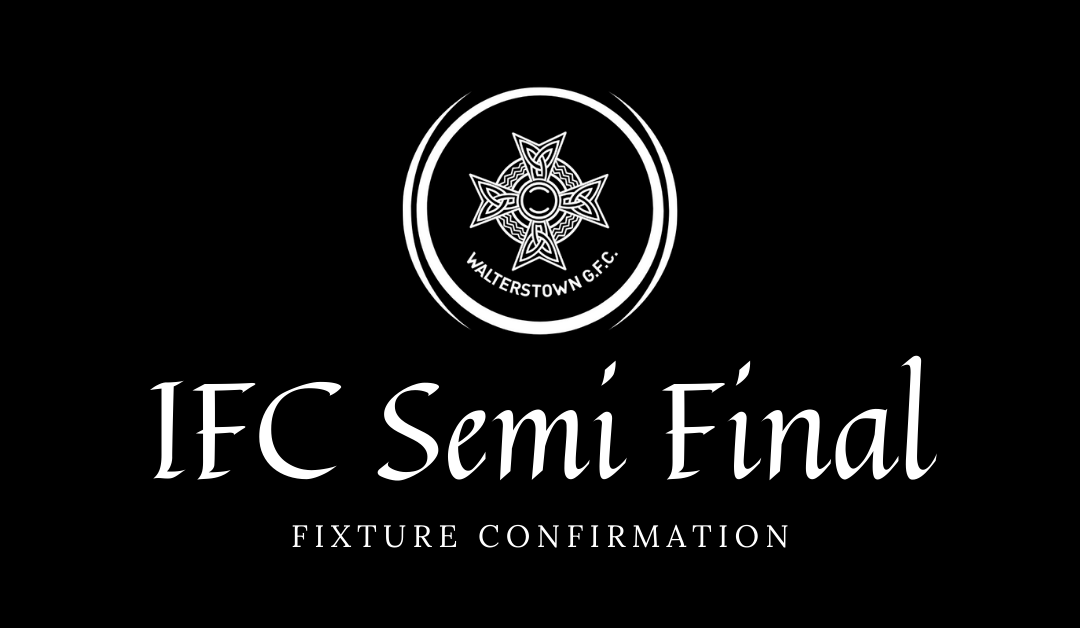 It has been confirmed that we will take on Trim in the last four clash on Bank Holiday Monday in Páirc Tailteann at 1pm. The remaining semi final, involving Oldcastle and Rathkenny will follow at the same venue at 3pm.

Last Saturday Walterstown booked their place in the last four when they recorded a 2-14 to 0-5 victory over Blackhall Gaels in Ratoath. Meanwhile, Trim comfortably accounted for Dunderry in their quarter final in Navan on Sunday last.

Meanwhile, our second and third teams are also in action the weekend after next when both take to the field on Sunday, October 24. Our second team will travel to Dunsany for a winner takes all tie in the Premier Football Championship Division 3. Throw in is at 11am and the victors will emerge to the semi finals.

Our third team are also in action on Sunday, October 24 when they welcome Ratoath to Walterstown at 11am. Paul McCarthy’s charges have already secured a semi final spot in the Premier Football Championship Division 8.