Intermediate Team advance to Round 3 of the Corn Na Boinne. 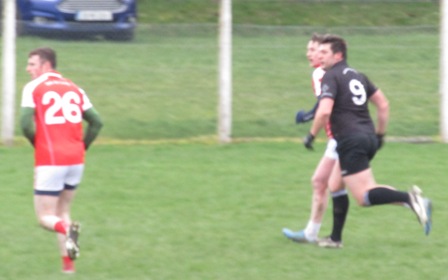 Walterstown played Ballinlough in the 2nd Round of the Corn Na Boinne in Walterstown on Sunday morning. Even though the conditions were cold and windy Eamon Barry must have been pleased to see his team build up a 10 points to 2 lead by half time. Walterstown’s Ruari O Dowd scored 4 of these points, while Joe Coogan scored 2. In the second half Ballinlough still found it difficult to penetrate Walterstown’s defence, while Alban Crosbie and Conor O Sullivan dominated midfield. The Blacks notched up another 7 points to make the score 15 points to 4 with 4 minutes left. Peadar Byrne scored a late Ballinlough goal to make the scoreline more respectable. 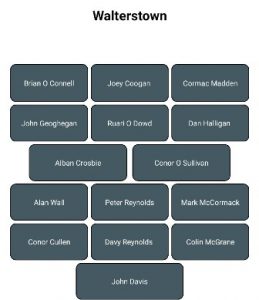 Oldcastle , Dunderry and Bective also negotiated their way through to the next round.