Ladies AGM on January 4 at 8pm 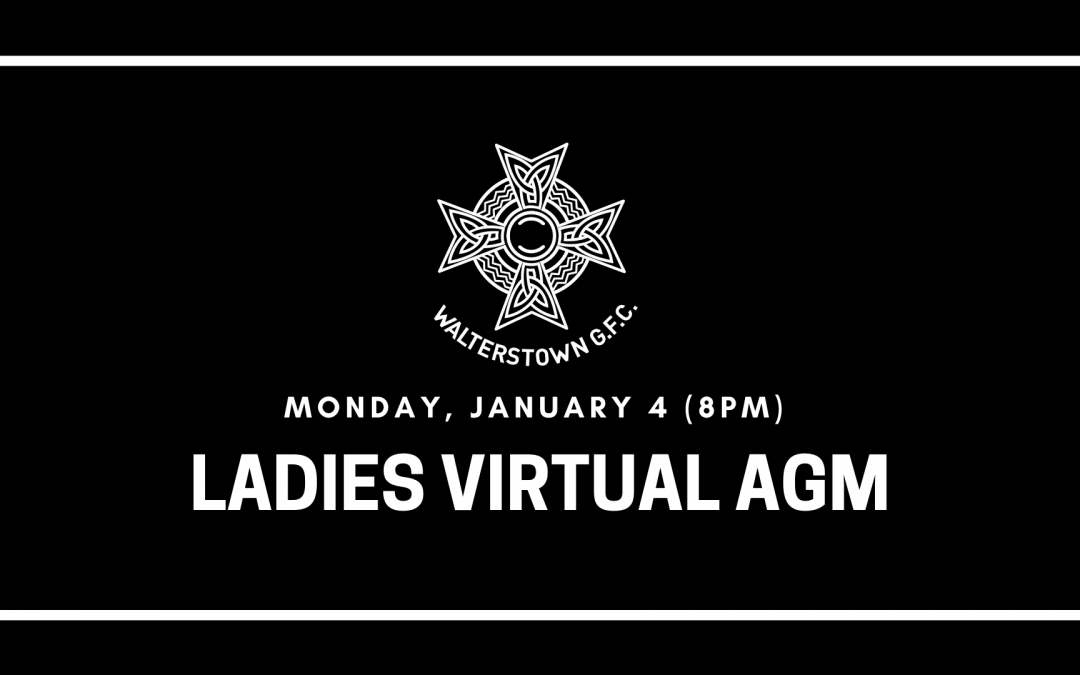 Members who wish to attend this year’s Ladies AGM can do so by emailing our Ladies Secretary Caroline at walterstown.meath@lgfa.ie. Please ensure to include your name and preferred email address in order to be able to attend.

With record numbers of ladies currently playing football at Walterstown, the Ladies AGM will look back on a strange but successful 2020. From U5 level right up to adult level, the club are delighted to see so many girls and ladies playing Gaelic Football. Of course the highlight of the year came back in October when our U12 A girls, under the guidance of Adrian Hobbs, claimed the Central Division title. Our girls made the short trip to Paddy O’Brien Park to take on home side Navan O’Mahony’s and an awesome final quarter saw them crowned champions after racking up 4-7.

At adult. level, our ladies found themselves with a new boss in 2020 with Seneshalstown’s Grainne Nulty taking the reins. They competed in the Kepak sponsored Junior A Football Championship.

Nulty’s charges beat a fancied Duleek-Bellewstown in the opening round, while a win over the Simonstown B team ensured their place in the semi final. They lost their final group game to Clann na nGael but nonetheless marched on to face neighbours Skryne in the penultimate round.

On a wet night, it wasn’t to be for the girls in black as they went down to a stronger Skryne side but making the last four was decent showing from the ladies considering the interrupted year they had.

In the league Walterstown accounted for Simonstown in the first round; the score was 2-7 to 2-5 on that occasion, while the remaining league fixtures were not played due to the pandemic.

Meanwhile, Walterstown’s U16 ladies, suffered narrow defeats at the hands of Royal Gaels and Skryne and as a result failed to make the Division 1 semi-finals.

At U14 level the club were represented by two teams in 2020. The A team, managed by Chris Foy, lost out to a strong St Ultan’s outfit at the semi final stage of Division 3. Kevin Meehan’s U14 B team were also beaten in the semi final in Division 8 when Skryne came out on top.

Walterstown also fielded two teams at U12 level. Stephen McDonnell took charge of the younger U12 side and took to competitive action like proverbial ducks to water.

John Lyons was in charge of the U10 girls for 2020 and they took part in the Meath LGFA Little Ladies League (non competitive) and are progressing very well. There are great numbers at this age level in Walterstown and they all have a great future ahead of them.

Unfortunately the Autumn competitions were cancelled for the club’s U18, U15, U13, U11 and U9 ladies.

At the younger age groups the girls lined out with the boys for Go Games and there really is a huge array of talented young Walterstown ladies coming up the ranks.