Ladies make it 5 wins from 5 in the Championship 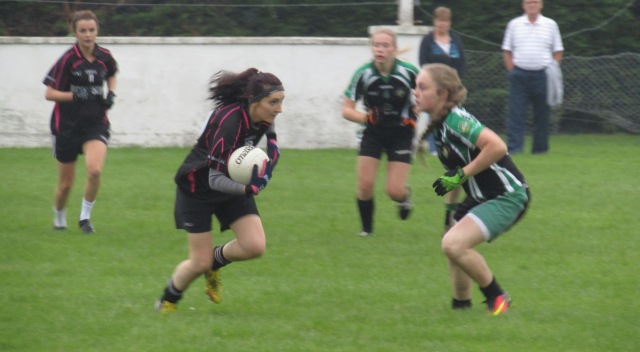 The Walterstown ladies travelled the short distance to Martry to take on St Ultans on Thursday evening. Kate McCarthy made her debut in goal as the ladies were missing regular keeper Caroline Mooney and Ciara Looby.

Both teams were evenly matched and both teams traded early points. Walterstown built up a slender lead of 3 points by the 20th minute when Kate McCarthy stopped a goal bound effort from Ultan’s. Six minutes later Walterstown had grabbed their own goal through Julie Donnellan, and went into the break 1:08 to 0:04 ahead.

The second half got of to a frantic start with Ultan’s scoring 3 points against Walterstown’s 2 points in the first 5 minutes. 3 minutes later Ultan’s hit the crossbar and continued to threaten. Both sides gave their all and there was a lot of running on a very heavy pitch, the Walterstown ladies definitely felt the effect of two games in quick succession but held out to make it 5 wins from 5 with a 1:12 to 0:09 score line.

Next up; Skryne on Thursday 25th August.