Long trip to Edenderry for Walterstown U13 Boys in Leinster League 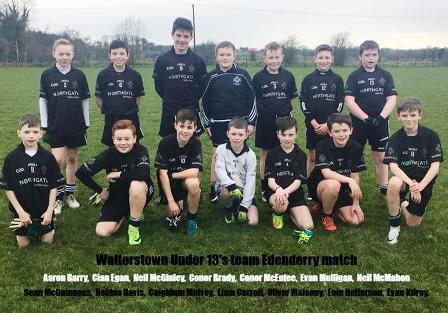 The day started with a coach trip with plenty of laughs on board,as the Walterstown boys traveled to Edenderry GAA, for their first match in the Football Cross county fixtures.

The match was overseen by referee Alan Coyne, who let the game flow as much as possible. It was a tough match, with fair decisions made by Alan. 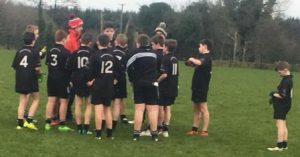 Walterstown held their own in the first half with fast kick outs and movement of the ball up front, which set a high pace for the game. The Edenderry defense proved to be too strong for Walterstown lads in securing scores from play. Edenderry managed to gain several scores early on, which gave them a comfortable lead going into half-time.

Walterstown, started the second half, behind on the score board but ahead in determination. The half-time talk, stoked the lads up, ready for battle again. The Walterstown boys, played the second half with a few changes to positions and this time against the wind. The boys pushed on as hard as they could and never gave up the fight as they battled with Edenderry, who eventually emerged as the winners of the match. Both teams should be proud of the level of skill and determination displayed their players.

Best of luck to Edenderry GAA in the rest of their games, and COYBIB – Come On You Boys In BLACK !!! 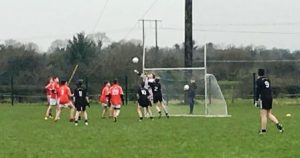