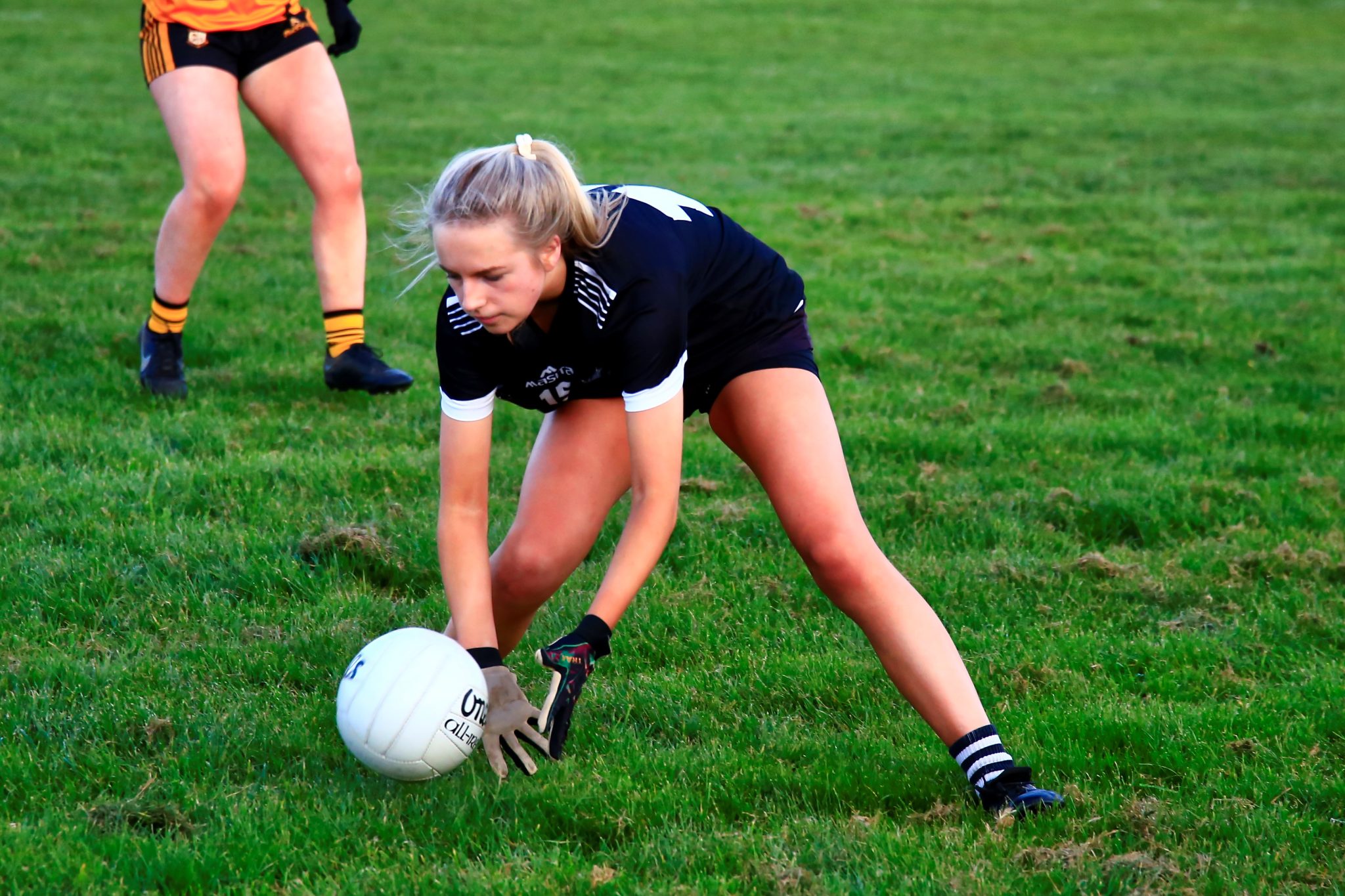 The on song Blacks, at one point, opened up an eleven point lead, but were forced to dig extremely deep by Trim and in the end Walterstown hung on by the minimum. A penalty, converted by Julie Donnellan, proved to be vital for Walterstown and once that was dispatched, Joey Farrelly’s side kicked on and left with the two points in the kitbag.

Having lost out to Moynalvey in the previous round, the Blacks were keen to get back to winning ways for round three. The aforementioned Lyons played the proverbial blinder, while Mollie Browne, at centre back, put in an excellent shift. In the middle of the park Izzy O’Connor pulled all the strings, while ‘keeper Meabh McCarrick was in fine form. Substitutes Lucy Reynolds and Ella Farrelly also made great impacts when introduced in what was Walterstown’s second win of the campaign.

Trim began the encounter well but Walterstown took full advantage of the wind during the opening half. With Lyons on song, the Blacks actually went eleven points up but Trim proved to be extremely dogged opposition.

Losing Julie Donnellan to a yellow card certainly didn’t help the Walterstown cause and Trim made full use of the numerical advantage and pushed the Blacks to the pin of their collars.

Donnellan certainly made up for it when she returned to the field though because her penalty was the score that woke the Blacks up and from there they kicked home, raised a number of white flags and pipped the home side at the post after a super 60 minutes of football.

The latest win is Walterstown’s second out of three with games against St Peter’s, Dunboyne, Gaeil Colmcille and Blackhall Gaels yet to come.