Minors lose out to Skryne in MFL round 2 clash 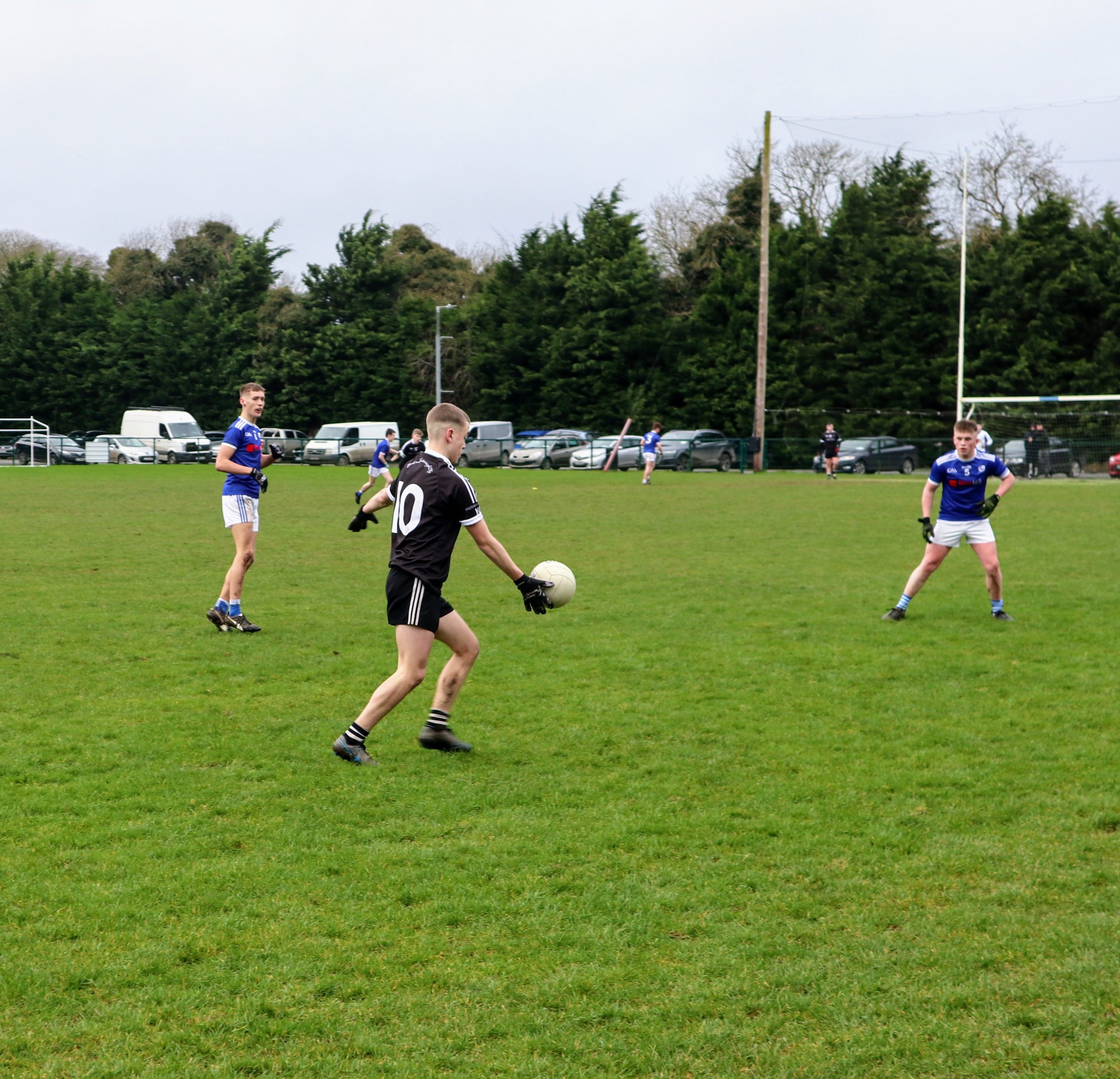 A local derby and a clash of the teams who both won their opening round encounters in Division 2A of the LMFM Minor Football League. It was the men in blue and white that came out on top, thanks in no small part to a lead of seven points at half time and it was a victory that Sean O’Regan’s team deserved.

Walterstown, who comfortably beat Simonstown in round one, were left to rue many missed chances and just as many turnovers in possession. It was a sloppy day at the office for the Blacks but they will still have a shot at making the semi finals if they can account for Kilbride in the final round on Saturday week.

This game was originally scheduled for Walterstown but due to an unplayable pitch Skryne enjoyed home advantage on a morning conditions were less than ideal to say the least.

Walterstown had the advantage of the strong wind during the first half but it was Skyrne who were on top for the most part. The Blacks got off the mark after five minutes when midfield man Jack Wilson split the posts but down the other end Skryne were much more prolific.

By the 13th minute the home side were 2-2 to 0-1 ahead thanks to goals from Daniel O’Keane, the second of which came when he found himself completely unmarked and had the easy task of finishing past Conor Reilly.

With county minor star Oisin Keogh in outstanding form, Skryne tagged on a further two points before the interval, while two converted frees, courtesy of Eoin Roche and Troy O’Brien brought Walterstown’s tally to three and left the scoreboard reading 2-4 to 0-3 at half time.

After the turnaround Walterstown were a much improved outfit but it was Mark Swan who actually added to Skryne’s tally when he fired over in the first minute.

However, when Byron Farrell hit the back of the net ten minutes into the half, it was a case of game on. A 45 by Troy O’Brien saw ‘keeper Luke O’Brien get his fingertips to the ball and send it out for another 45. Again Wilson sent the ball in and a touch from Adam Quinn sent the ball onto Farrell who finished to the net to leave the score ar 2-6 to 1-5.

Skryne had the perfect response with a point from the boot of Oisin Keogh, followed by a Paddy Wright free but soon after Walterstown had the ball in the back of the Skryne net for the second time.

It was Byron Farrell who grabbed his second goal in  the 52nd minute and when Adam Murphy pointed a minute later, Walterstown were just three points in arrears.

However, it was the home side who finished the stronger, tagged on two more score to make it two wins from two, leaving Walterstown having to beat Kilbride in the final round in order to advance.