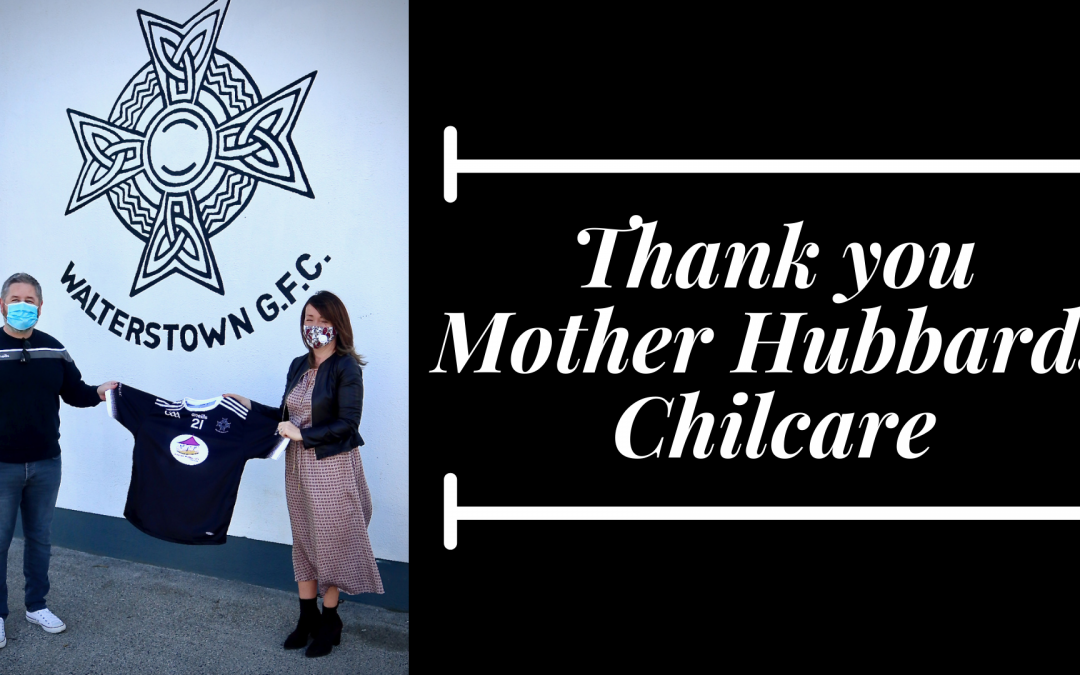 The club would like to offer sincere thanks to Karen and Peter McGovern from Mother Hubbards Childcare for generously sponsoring a brand new set of jerseys for our U11 boys team.

The jerseys were handed over to the club last Sunday by Karen and her son Ethan, who stars for the club’s U11 team. Our U11 coach Gareth Dempsey was on hand to collect the new set and hand down his old set to our U8 coach Mike Chambers. 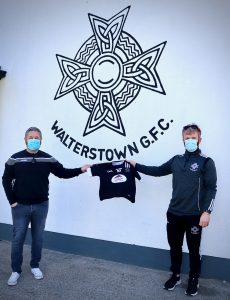 Just two years ago Mother Hubbards Childcare sponsored a set of jerseys for the club’s then U9 team and they have now been handed down to our U8 boys and girls in preparation for the forthcoming season, which returns on April 26th. Details for all juvenile training times can be found here. 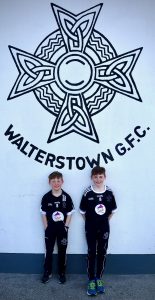 Walterstown U11 star Adam Lynch pictured with his brother Rian Lynch who plays for the club’s U8 team. Both teams will be lining out in Mother Hubbards’ Childcare sponsored jerseys during the forthcoming season.

Brother Adam and Rain Lynch were on hand last Sunday to model the jerseys, Adam will wear the new jerseys when he lines out for the U11s this year, while Rian will also wear a Mother Hubbards sponsored kit for the 2021 Go Games.

Again, the club would like to thank Karen for her continued support and we look forward to seeing the jerseys on show around the GAA grounds of Meath in the not too distant future!