Premier FC Division 3: Walterstown off to a winning start 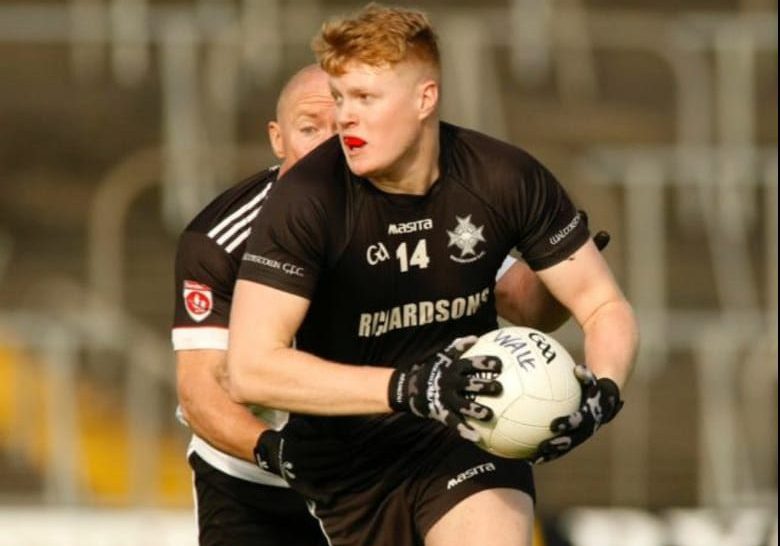 Walterstown’s second adult team hosted Moynalvey in the first round of the chairmanship last Sunday and came away with victory and the two points to get off to the best possible start.

Premier FC Division 3 Group A Round 1

Captained by Eoin O’Leary, the Blacks gave a competitive outing to a new set of jerseys, kindly sponsored by Rathlugh Developments and the Farrelly family and they started well. Points from play from the boots of Mark Foy and Stephen Davis got them off the mark but they were also guilty of letting early goal chances go a-begging.

The visitors responded with two points in a minute, from James O’Neill (free) and Sean Deering from play. Mark Foy continued his bright start, with a further two points from play. A pointed free from Sean Duggan reduced the gap between the sides to the minimum. However, a converted free from Stephen Davis was followed by a point from play from attacking wing-back, Jonathan Murchan, to leave the hosts ahead by three.

The teams went on to exchange points before half time, with pointed frees from Stephen Davis and Adam Barrett for Walterstown and Evan Clarke and a second pointed free from James O’Neill for the visitors. At half time Walterstown led 0-8 to 0-5.

After the restart, both sides found scores hard to come by, until Walterstown’s John Geoghegan pointed from play to increase the lead to four. A point from play from the visitors’ Sean Duggan left only a score between the teams, as the second half’s water break approached.

Walterstown used the break to introduce three substitutes, Jack Doyle for Cathal McGuinness, Jamie Flynn for Stephen Davis and Aidan O’Connor for Andrew Moran, which saw Jack and Jamie making their competitive adult debuts. Shortly after the resumption, Jack scored from play, having run from deep, with Sean Deering responding with a pointed free.

The dependable Aidan O’Connor added a trademark point from play to restore the four-point advantage, before Sean Deering pointed another free, to keep the teams a score apart. To their credit, the visitors kept pressing for the green flag that would level the match, but they found the Walterstown back six resolute, led by man of the match, Dan Halligan, and supported by experienced net-minder, Ciaran Lydon. Mark Foy then suffered a nasty looking shoulder injury and had to be replaced by Kit Reynolds and both sides wish Mark all the best with his rehab and recovery. The excellent Harry Beggy was replaced by Adam Cummins, before Adam Barrett, with a free from distance with the last kick of the match, ensured a home victory (0-12 to 0-8).

The management team was delighted with a win in the opening match of the competition. The next game is away to Nobber on Sunday, August 16 at 12 noon.