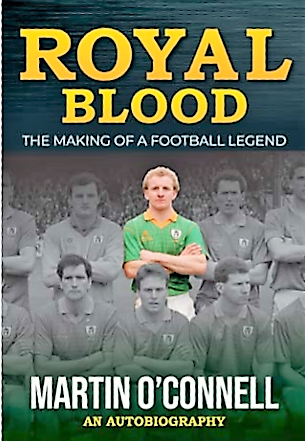 The launch of Meath legend and current Walterstown selector, Martin O Connells, autobiography Royal Blood will take place on Friday 18th Of October at 7pm in the Headfort Arms in Kells. Special guest on the the night is fellow Meath legend Sean Boylan.

Ghost-written by his former team-mate and fellow All-Ireland winner Liam Hayes along with David Sheehan of LMFM Radio it will be available in all good bookshops from mid October.

Martin  was an outstanding servant to the Royals from 1984 to 1997, during which he won three All-Ireland medals, four All Stars and was named the Texaco Footballer of the Year in 1996 .He was also named at left half back on the GAA Football Team of the Millennium.