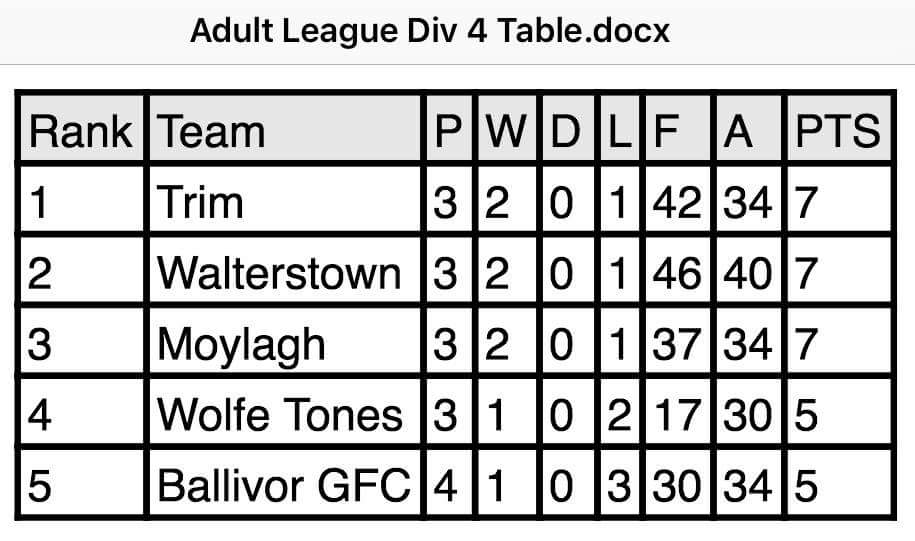 In Walterstown’s first home game so far they came up against their old sparring partners from last year Ballivor.

The visiting team started the brighter, converting a couple of points before Walterstown were to register their first score. The Walterstown ladies then built on their lead scoring several points and maintaining most of the possession, and went into the break 10 points to 5.

5 minutes into the second half, Walterstown increased their lead further when they were awarded a penalty, which was duly converted by Julie Donnellan. Moments later Ballivor almost got a goal of their own, only to see their effort strike the crossbar. The second half lacked the intensity of the first as both teams seemed to tire a little. Walterstown substitute Ciara Looby was then fouled within a minute of her introduction and another penalty was awarded to Walterstown. Julie Donnellan again stepped up to take, the Ballivor keeper guessing the right, was unfortunate to see the ball squirm under her and into the net.

A Frazer for J O Connell

R Hennelly for B O Sullivan