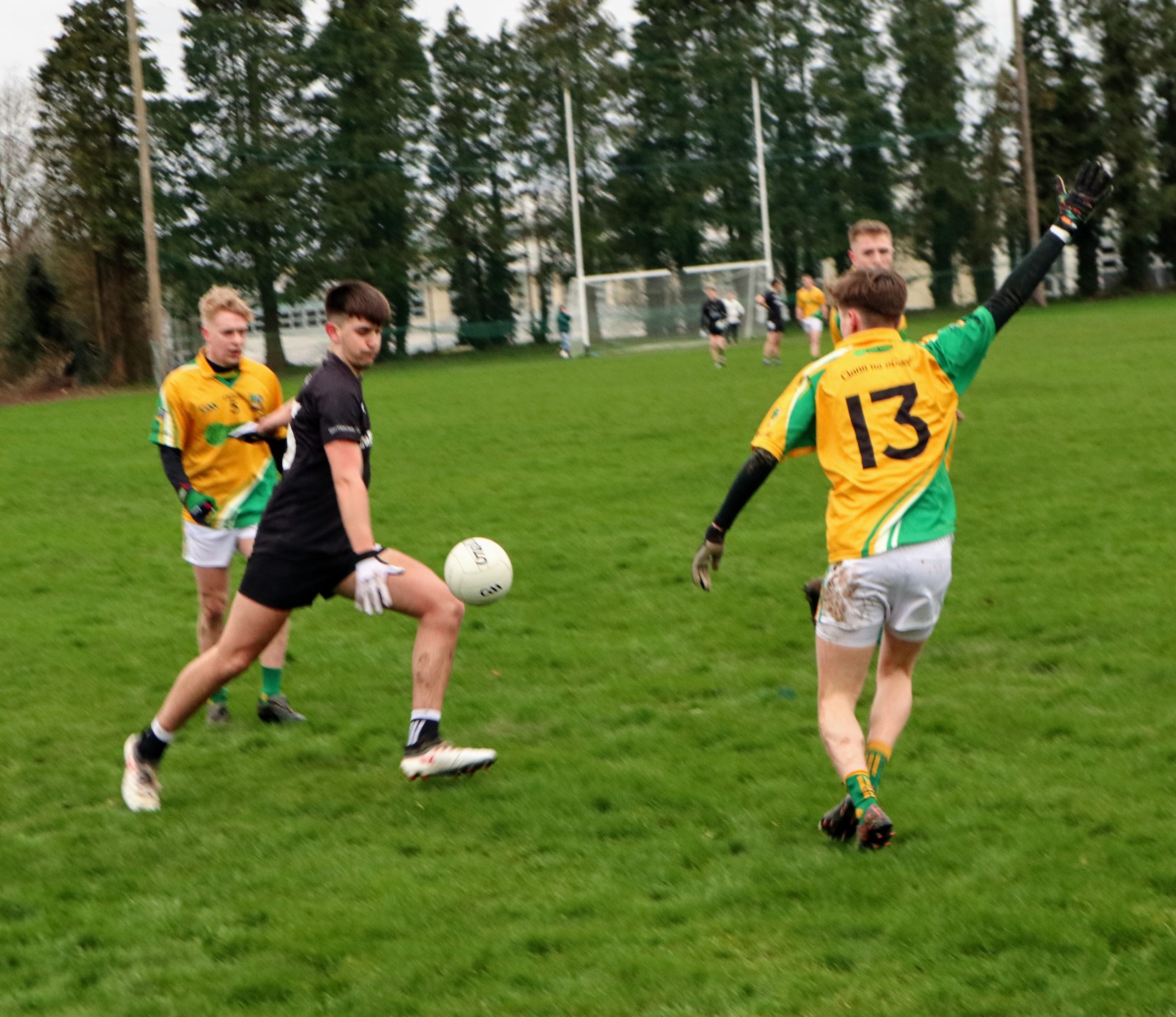 Walterstown made it two wins from two and booked their place in the penultimate round of the Corn na Boinne with this six point victory over Clann na Gael in Athboy on Saturday afternoon.

A second goal in the 58th minute, courtesy of Ruairi O’Dowd, was the all important score for the Blacks. Just before that, the home side, trailing by just two, were pushing hard to at least get back on level terms or indeed sneak a win.

Walterstown were full value for the victory though. Having played with the aid of a strong wind in the opening half, they led 1-9 to 2-1 at the break. After the turnaround the home side were expected to take control considering the conditions but Clann na Gael never really got going throughout.

First half goals from Ryan McNamee and Philip Garry kept Clann na Gael in touch but in truth, Walterstown were the better side for the duration. They were 0-4 to 0-1 ahead before Davy Donnellan collected possession from Johnny Geoghegan and struck low past ‘keeper Eoin Griffin.

Clann na Gael responded with a goal from McNamee four minutes later but the visitors tagged on 0-4 without response to lead 1-9 to 1-1 with just five minutes of the first half remaining.

A stoppage time goal from Philip Garry narrowed the deficit to five (1-9 to 2-1) at the interval and with the home side playing with the wind after the turn around, it was all to play for.

It was Walterstown however that added to their tally first when Mark McCormack converted a free off the ground to the left of the post after Sam McCabe was impeded.

By the 48th minute Clann na Gael were back to within two points of Martin O’Connell’s side but that was as close as they came. As this third round encounter drew to a close Ruairi O’Dowd made full sure of the win when he rounded the ‘keeper and hit the onion bag to secure a six point victory for the men in black.