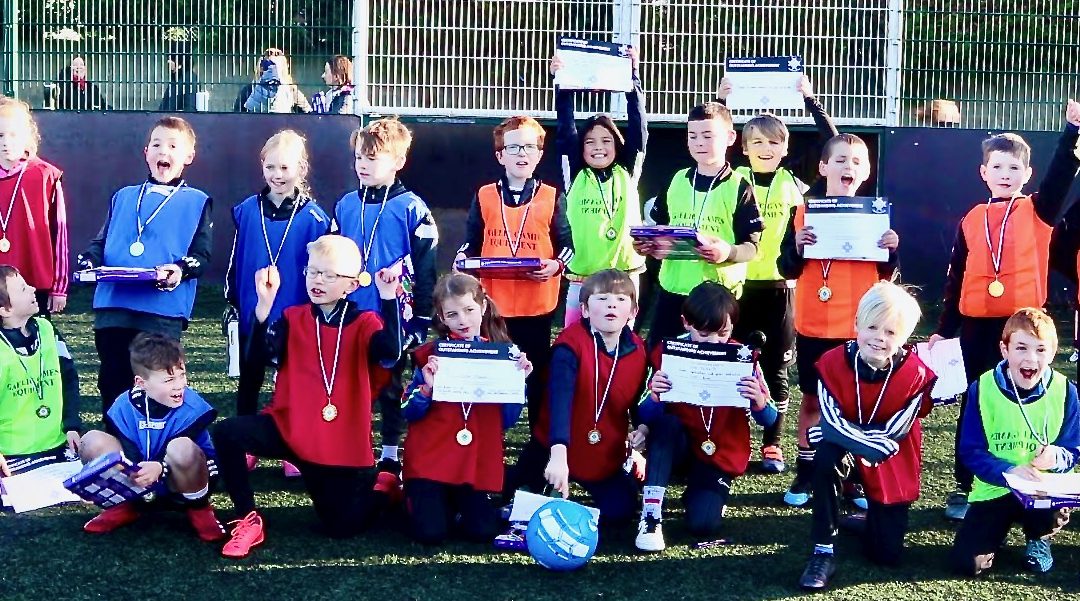 Yesterday morning the club celebrated our U8 stars and marked their season end with a special event at the club. There was fun, games, laughter, medals and goodies for the boys and girls as they brought their 2020 season to a close.

Despite having a stop/start season due to Covid-19, our U8 crew still managed to get plenty of football in on the training fields and even played some Go Games in 2020. Their skill are most definitely improving and the club hope the children had fun at Walterstown thus year.

Thanks to the parents of these players for bringing them to Walterstown each week and we look forward to welcoming you all back to the club in the New Year. Here’s hoping 2021 will bring us a more traditional season.

Meanwhile, the club would like to say a massive thank you to U8 head coach Paddy Stafford who is stepping away from this particular role.

Paddy welcomed these fantastic children in to the club as four year olds and guided them right the way through. Week after week he was out training with them, improving their skills and ensuring the children had fun. He was with them when they played their first ever Go Games, he planned countless amounts of training sessions and set up God knows how many pitches.

The club are indebted to Paddy for your commitment to this bunch of players and to the club; thank you so much for being there for them every week for the last number of years.

Chis Kenny, who has also been with this team for a number of years, will take on the role of lead coach for 2021 and the club would like to wish him well in his new role.

Check out all the pictures from Saturday’s celebration below, while you can also see our U7 end of year presentation here.