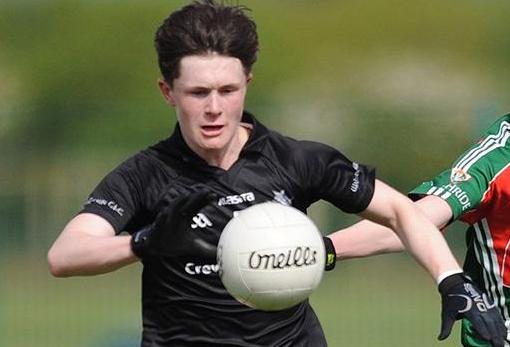 Two well matched teams traded scores throughout the game, with the result in doubt until the final whistle, as the lead changed hands on several occasions.

In the first half, the Tones played with the wind, into the clubhouse end. On occasions, the home team found the conditions underfoot slippery, which resulted in moves breaking down and possession being lost The Blacks converted only one of a number of goal chances, with the posts assisting the Tones more than once. At the other end, the home goal keeper ensured no green flags for the visitors.

The game opened up after the break, with several goal chances created at either end. The visitors won the goal scoring stakes in the half and took the lead on two occasions, even if they found the home ‘keeper to be in fine shot stopping form. Walterstown needed a big final quarter to reel in the Tones and take the lead and they supplied. Direct running by the Blacks led to desperate tackles and score-able frees and the lads held a three point cushion approaching the final whistle. Despite a late flurry of attacks by the spirited visitors, the Blacks (with U15’s Andrew and Jordan on the field for their U17 debuts) saw out the match and a deserved, if hard fought win.

The final group match is away to Dunderry at 3pm on 10 March 2018, when a win will be required to ensure top spot and secure a home semi final.