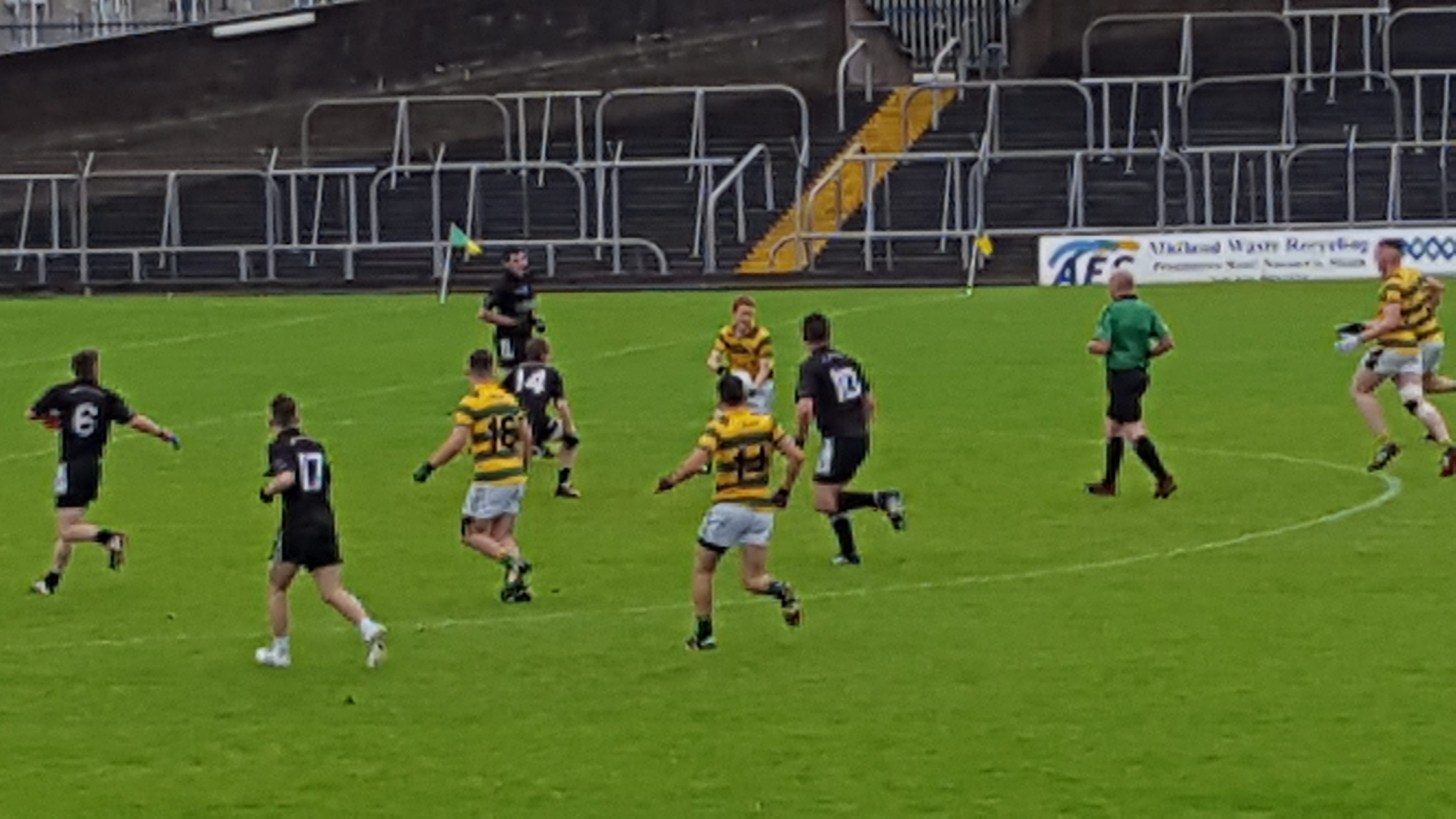 Walterstown played Syddan in the quarter Final of the Intermediate Championship in Pairc Tailteann on Sat last. The wet and windy conditions favoured defenders in this game. Walterstown adapted  quickly and after 10 minutes were 3 points to zero ahead through 2 frees from Alban Crosbie and a well worked Davy Donnellan point. Syddan had their first point after 12 minutes and kept the gap to 3 points at half time with Walterstown leading by 0-7 to 0-4.

Walterstown got a great start to the second half through a John Geoghegan point from 45 metres out. After 15 minutes of the second half, Walterstown had increased their lead to 5 points, with the score at 0-11 to 0-6. The score could have been much closer only for a brilliant save from Walterstown keeper John Davis 10 minutes from the end. Syddan continued to work hard and with 5 minutes remaining had narrowed the gap to just a goal. However another excellent Geoghegan point and a pointed free from a difficult angle, by man-of-the match Alban Crosbie, left Walterstown 0-14 to 0-11 ahead, when referee Padraig Coyle blew for full time.