Walterstown claim the points against Trim 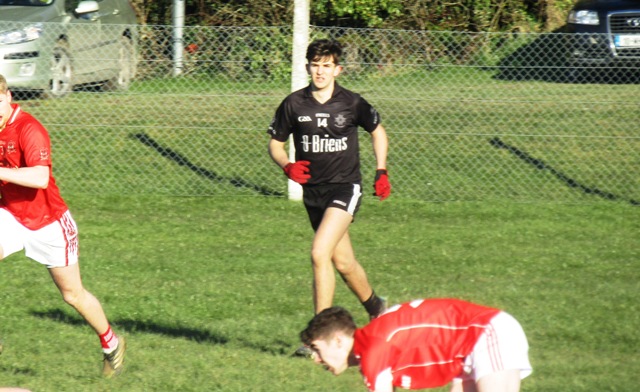 Walterstown played Trim in sunny but cold Walterstown on Sunday, badly needing a win to get their League campaign up and running. Trim got the first point but then Conor O Sullivan opened  Walterstown’s account with a very well taken goal. In the 8th minute Sam McCabe scored a nice punched goal on his A League debut for Walterstown to leave the Blacks 2-1 to 0-2 ahead. New manager Eoin Carroll was happy to see his charges leading by 2-8 to 0-6 when Referee Liam Reddy blew for halftime. 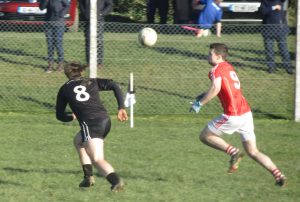 In the second though Trim fought back hard, Walterstown preserved their lead. Davy Reynolds and Alan Wall worked hard in midfield for Walterstown, while the defenders gave Trim little room in which to operate. Walterstown goalkeeper John Davis distributed his kick outs cleverly while he was also called on to make several stops, one at point blank. Veteran John Geoghegan marshalled the defence, ably assisted by Kashif Ali, Colm Reilly, Dan Halligan Mark McCormack and full back Conor McGuinness. In attack Ruairí O Dowd proved a handful for Trim defenders as he set up many Walterstown scores. Aaron McLoughlin used his pace to good effect an notched 0-2.  Corner forward Brian O Connell scored 6 points, 4 of which came from frees. Conor O Sullivan was moved to his new role as wing forward and contributed 1-3 to Walterstown’s total.

In the end the score board read 2-15 to 0-13 in favour of the home team in what was a very enjoyable match. Walterstown Mentors Eoin Carroll, Brendan Murray and Justin McCarthy will be particularly happy to have seen new young players Sam McCabe and Stephen Davis joining the adult ranks and scoring 1-2 between them.