Blacks sitting pretty at the top of the table 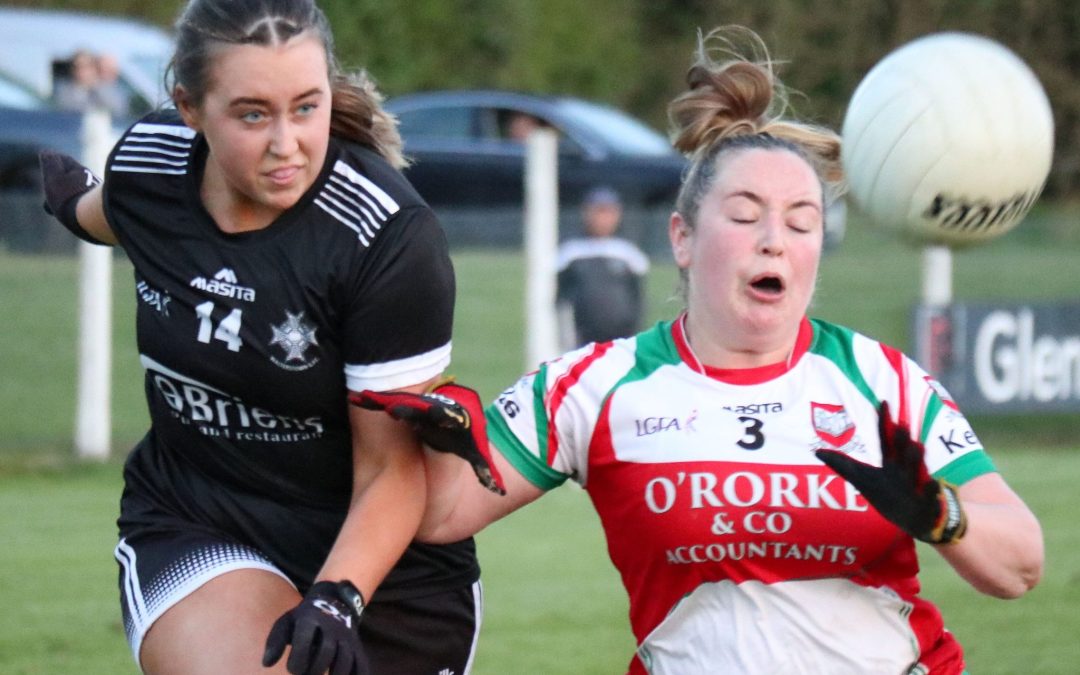 A lively start and a bright finish saw Walterstown come out best in this top of the table clash in the Meath LGFA Football League Division 8 on Wednesday evening.

Two goals in the first quarter courtesy of Helen Lenehan and Abbie Farrelly respectively set Walterstown on their way. Despite a purple patch from Gaeil Colmcille before the break, Walterstown weathered the storm and were full value for the victory.

Having accounted for Duleek-Bellewstown and St Michael’s in the previous round, this young Blacks’ side were looking to take over at the summit of the table proper. Going in to the game Gaeil Colmcille held the top spot by virtue of points difference but this latest victory puts Walterstown sitting pretty in the number one spot after three games.

With only seconds on the clock the Blacks opened their account thanks to a point courtesy of Rosanna O’Neill. From the resultant kick out Walterstown immediately piled the pressure back on the Gaeil Colmcille rearguard and reaped rewards when the aforementioned Lenehan fired passed the Kells ‘keeper to give her side an early 1-1 to 0-0 advantage.

By the tenth minute the Blacks had stretched their lead to six after Farrelly and Emma Kelly both raised white flags.

And it was to get even better for the home side soon after when Farrelly collected possession from Lauren Genocci before slotting the ball to the net to leave the scoreboard reading 2-3 to 0-1 with 12 minutes on the clock.

The visitors, however, recovered well after their slow start and struck the next five points on the trot to narrow the gap to just four with nine minutes of the half remaining.

Before the break though, Walterstown steadied the ship and grabbed a third goal, once again courtesy of Abbie Farrelly, in the 26th minute.

The Blacks really and truly put the game beyond the reach of the visitors just before the break when player of the match Eimear Farrelly stuck the ball in the back of the Kells’ net to open up a ten point lead (4-4 to 0-6) at the break.

Despite being comfortably ahead Walterstown kept their foot on the pedal after the turnaround and two points from Emma Kelly and one from Sarah Hussey saw them open up a 4-7 to 0-6 lead by the end of the third quarter.

Eimear Farrelly put the icing on the cake in the 51st minute when she hit the onion sack, while Helen Lenehan also tagged on a point to ensure the facile victory for Joey Farrelly’s side.

Up next for the Blacks is a meeting with neighbours Bective, where they will go in search of four wins on the trot.