Tickets for our IFC semi final are now on sale 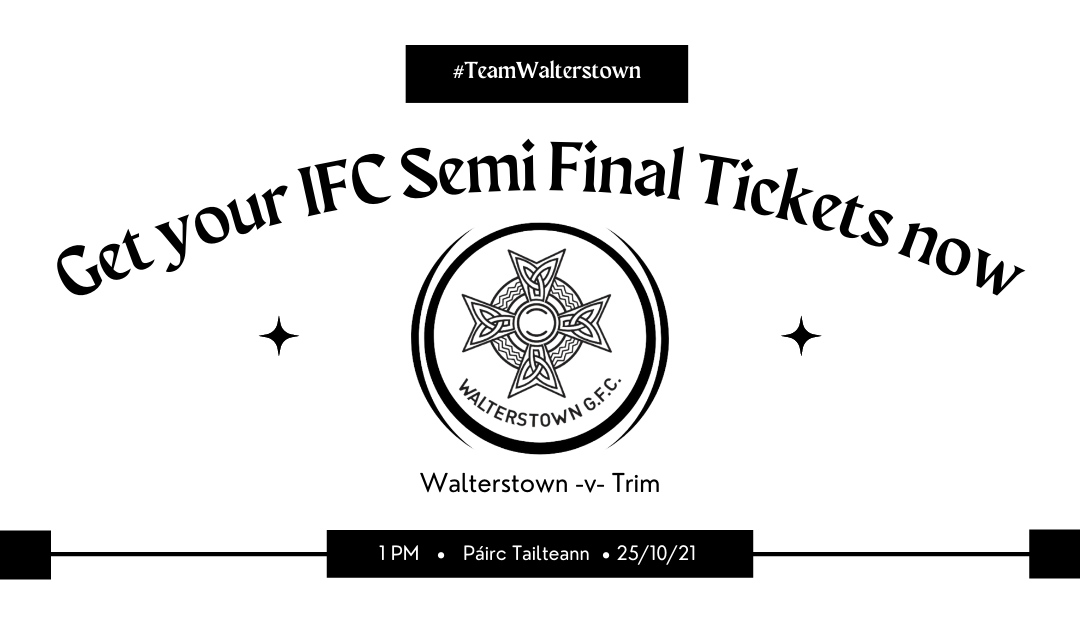 The last four clash will throw in at 1pm in Páirc Tailteann and you can get your tickets here. Tickets are priced at €15 each and €10 for students and OAPs, while under 16s are free and do not require a ticket.

The Blacks booked their place in the semi finals after they accounted for Blackhall Gaels in their last eight meeting in Ratoath recently. A blistering second half showing from Martin O’Connell’s men saw them secure a 2-14 to 0-5 victory, with the goals coming from Ruairi O’Dowd and Sam McCabe.

Meanwhile, Trim, under the guidance of former Meath captain Kevin Reilly, overcame neighbours Dunderry in their quarter final in Navan. The Reds had a comfortable 4-18 to 0-8 win in Páirc Tailteann to set up Monday’s meeting with Walterstown.

We would love to see as many Walterstown supporters as possible in Navan next Monday to roar our lads on. So make sure to get your tickets early and we’ll see you all there!