The ladies once again faced Moylagh, but this time in the League final in Skryne on Saturday evening. Heavy downpours or rain and hail delayed the throw in by 15 minutes with even the coin toss and referee’s address to the captains taking place indoors. 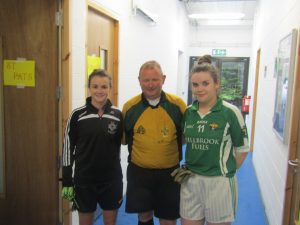 At 8pm the game got underway. Moylagh had the better start than Walterstown, and were the first to register a score with a well taken point 3 minutes followed by another point a minute later. In the fifth minute Walterstown’s Julie Donnellan scored the blacks first point. Moylagh continued to have the better play and added a third point to take a two point lead. Walterstown slowly started to grow into the game, an excellent run from Antonia Brady through the Moylagh defense saw here effort come off the crossbar. This was followed shortly after when Jane O Connell also had a good goal scoring opportunity. This was the start of a good spell for Walterstown who scored 4 points in 5 minutes, three for Julie Donnellan and one for Antonia Brady. Moylagh scored their fourth point on the stroke of half time but Walterstown edged it by a point. 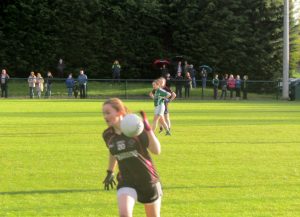 Walterstown introduced Marie McCarthy for Aine Treanor at the beginning of the second half and Waltersown this time got off to a much better start. However a free from Julie hit the post and this was followed shortly by Suzanne McMahon finding the back of the net, only for the goal to be disallowed for an earlier infringement. Four minutes into the second half Walterstown did get their goal from some excellent work from Laura Fox. Julie Donnellan scored another point on six minutes before Walterstown made their second change, with Moya Fottrell coming on in place of Jane O Connell 9 minutes in. Moylagh had been quite up until now but they two got their first goal 10 mins into the second half. Walterstown hit back with points from Marie McCarthy and Aileen O Sullivan to take a four point lead half way through the second half. Walterstown were increasing the pressure, but again the cross bar came to the rescue from a Marie McCarthy effort, and was followed quickly by a good save from the Moylagh keeper from a Leanne O Neill effort. Suzanne McMahon scored a point for Walterstown but Moylagh struck back scoring two goals in quick succession to sucker punch Walterstown.

Five minutes to go Moylagh had the lead, and incredibly Walterstown hit the post again, for the fourth time in the match . With both teams now desperate to win, they both went on the attack, with Moylagh scoring another 2 points to increase their lead to three points with time running out. Moylagh could sense victory but Walterstown were not going to lie down, in the dying seconds of normal time Moya Fottrell bagged Walterstowns second goal to level the game. The tension was now unbearable with both sides searching for the win, when in time added on; Julie Donnelan scored the winning point for Walterstown with more of less the last kick of the game.

Incredible stuff, both teams gave an excellent display, with neither side giving up or knowing how to give up, and had all spectators glued to the last few minutes causing anxiety, relief and joy in equal measure.

Well done Justin , Paul, Caroline and all the girls. 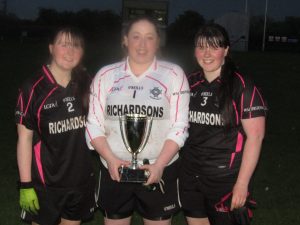 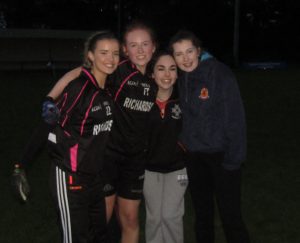 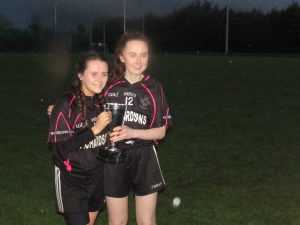 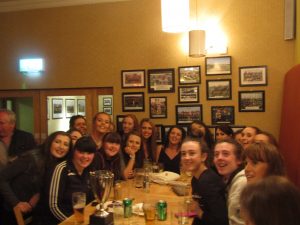 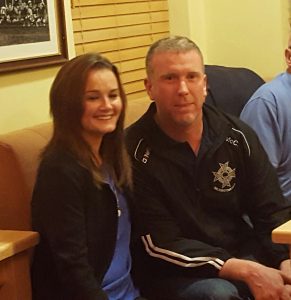 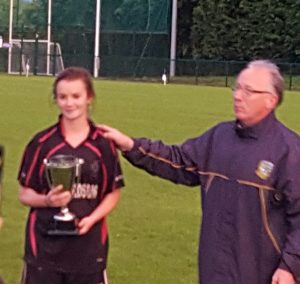