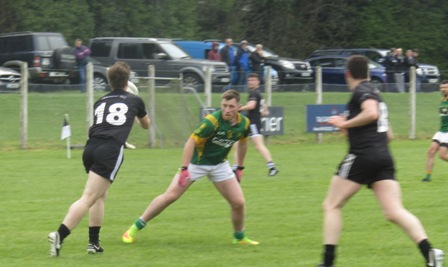 Walterstown played Duleek at home in well contested match on Sunday. Walterstown started strongly and were 1-02 to 0-1 ahead after 7 minutes, Davy Donnellan scoring a well taken goal. However Duleek struck back to level affairs only a few minutes later. Ruairi O Dowd scored two points for the Blacks while John Geoghegan , Paul Donnellan and Brian O Connell added points also. At half time Duleek were a point ahead, with the score at 1-6 to 1-5. 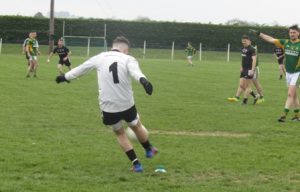 Duleek started the 2 nd half with a fast goal to go 4 points ahead. Walterstown patiently kept picking off their points and with 10 remaining had levelled the match. However Duleek then struck for their 3rd goal and though Walterstown fought on gamely they lost by 4 points  with the final score at 3-10 to 1-11

Subs A McLoughlin for D Donnellan, K Devine for B O Connell, A, Wall for C Reilly