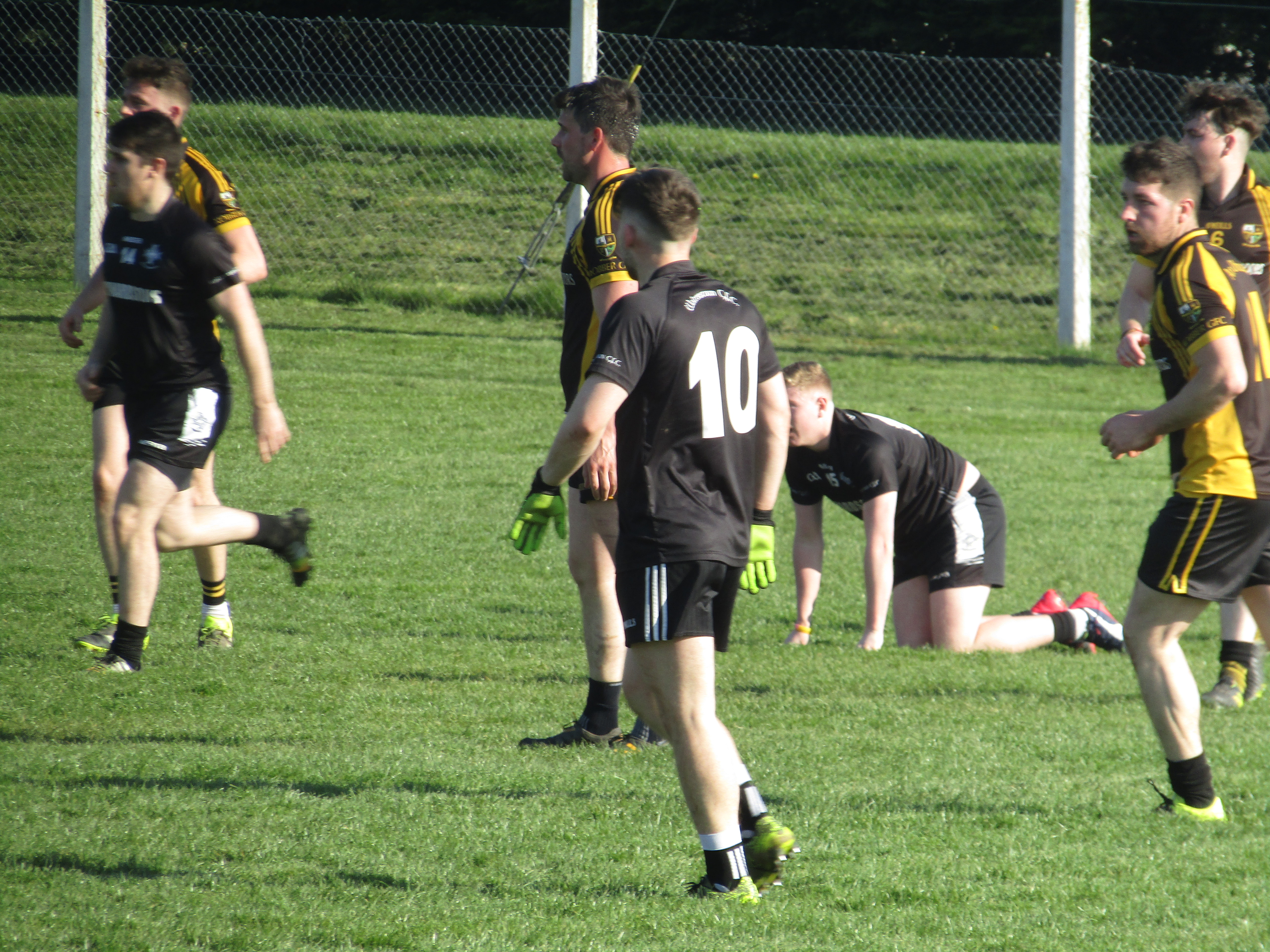 Walterstown VS Nobber A Leag Div 2

Walterstown hosted Nobber in the A league on Sat last. Played in brilliant sunshine the heat tested both teams’ fitness. Though Walterstown started with a Joey Coogan point, it was almost immediately answered by a clever Brian Farrell goal for Nobber. Walterstown’s Paul Donnellan then pointed for the Blacks and they went ahead after 10 minutes thanks to an excellent individual’s goal by Brian O Connell. A brace of points each by Aaron McLoughlin and Cormac Madden saw Walterstown leading by 1-7 to 1-4 at the interval.

In the 2nd half playing into a stiff breeze Walterstown began to control the game. Their full back line of Dan Halligan Davy Reynolds and Conor Cullen had to be alert to Nobber’s forwards lead by ex Meath player Brian Farrell.  The half back line of Aaron McLoughlin, Colin McGrane and Davy Donnellan helped set up numerous attacks. Aaron McLoughlin contributed a valuable 3 points on his forst game back this year after injury. Up front the forwards worked hard against a solid Nobber defence. Conor O Sullivan and Alban Crosbie covered a lot of ground at midfield. But it was Walterstown’s Joey Coogan who did most for the cause, as he picked off 5 further points in the second half bringing his total to 7 points from play. Brian O Connell kicked their final 2 points to leave the final score at 1-17 to 1-9 in favour of Walterstown.