Walterstown Vs Oldcastle   A League Div 2 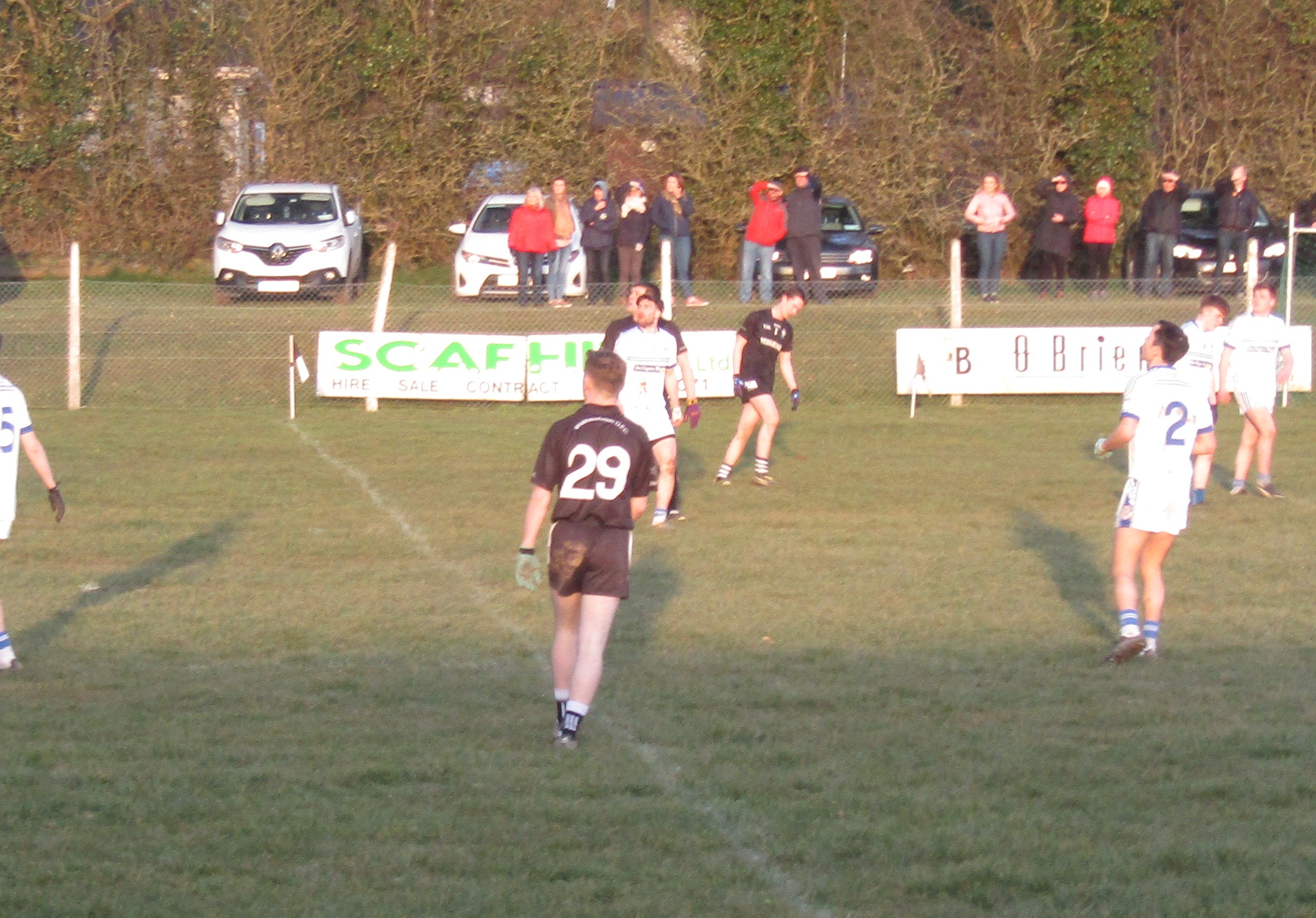 Walterstown played Oldcastle in the A League in Walterstown on Saturday. Both sides contributed to a good game of football in heavy conditions. Oldcastle got off to the better start in this game and were 1-1 to 0-0 ahead after 10 minutes. However Walterstown struck back quickly when a brilliant Sam McCabe pass found Brian O Connell 10 metres out, who duly slotted a nice goal. Further points by the excellent Robbie McDonnell and hard working midfielder Alan Wall left Walterstown 1-3 to 1-2 ahead, only for Oldcastle to reply with 2 quick points before half time. This left Oldcastle leading by a point at half time.

In the second half Oldcastle again started quickest wit a well taken goal after only a minute of the restart. From there both sides traded points with Oldcastle eventually going 5 points up with only 5 minutes to play. However after an intricate series of passes Walterstown sub Stephen Davis finished to the net to leave only 2 point between the team with 3 minutes to play. Oldcastle however kept their nerve to finish winners by 2-10 to 2-7. With the championship coming up, Walterstown however will be pleased by their performance as the team played well and could easily have won this game but for some missed chances.